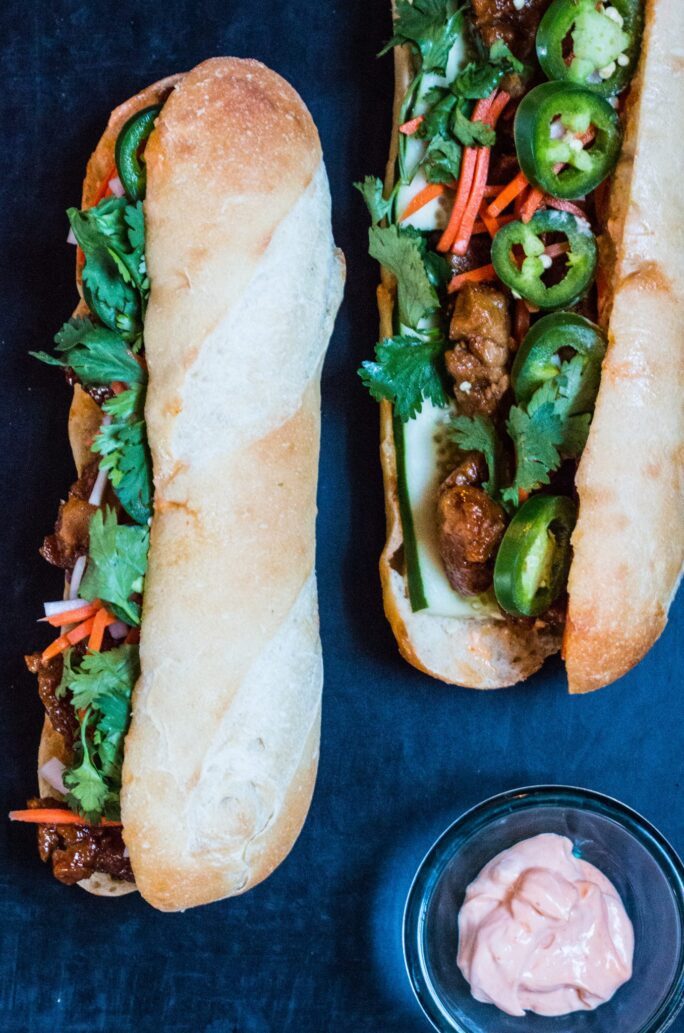 Are you a fan of Vietnamese food? I can’t get enough. I’d eat pho every day until the day I died if I could—vegan pho, that is. I’m not sure why it appeals to me so much, but I’m lucky enough to spend most of my time in New York City, where I can get it pretty readily. Sadly, though, my favorite pho place shut down recently, so I’m on the search for a new spot that I like just as much. 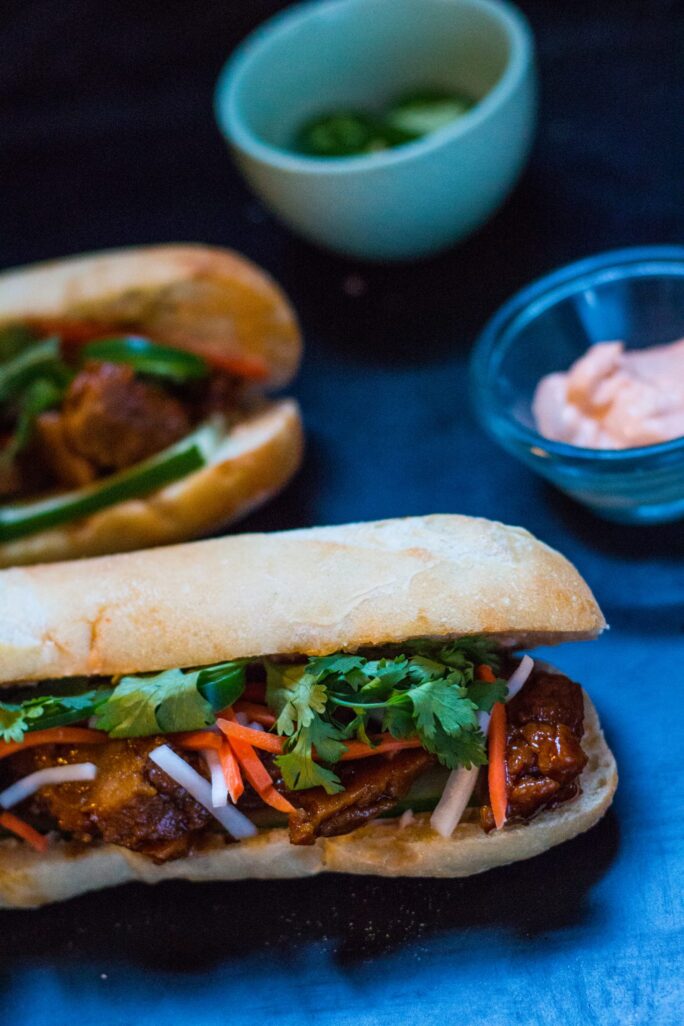 I’ve never tried to make pho at home because it’s pretty tricky to get right, but that doesn’t mean I won’t give it a shot in the near future. In the meantime, there’s the Banh Mi sandwich. I see it as pho, but without the broth. And it’s on a roll instead of in a bowl (a rhyme!). It’s actually super easy to make, which is part of why I tried it. Many of the Banh Mi sandwiches I’ve found in the city aren’t vegan, and if they are, they usually include tofu (not my favorite). So I whipped this one up with seitan. It’s “meaty,” spicy, and pretty sweet. Plus, it’s on a baguette! How can you beat that?

This dish is surprisingly refreshing, so it’s perfect for this warm weather that’s upon us.

I’d love to see your photos of this recipe and know how it turns out for you. Hit me up on social media at @nutfreevegan to show me! 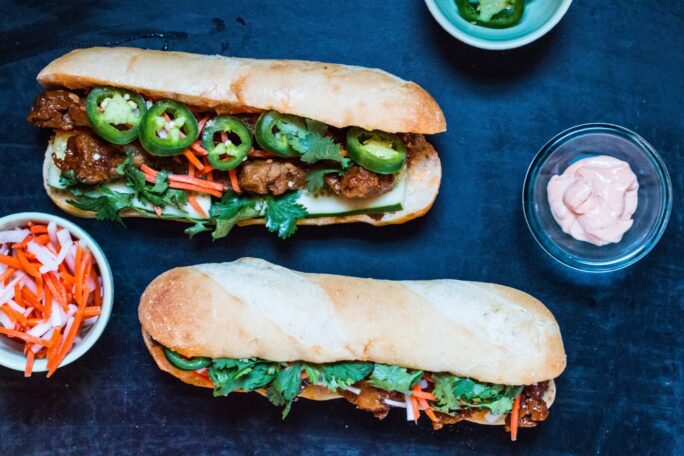 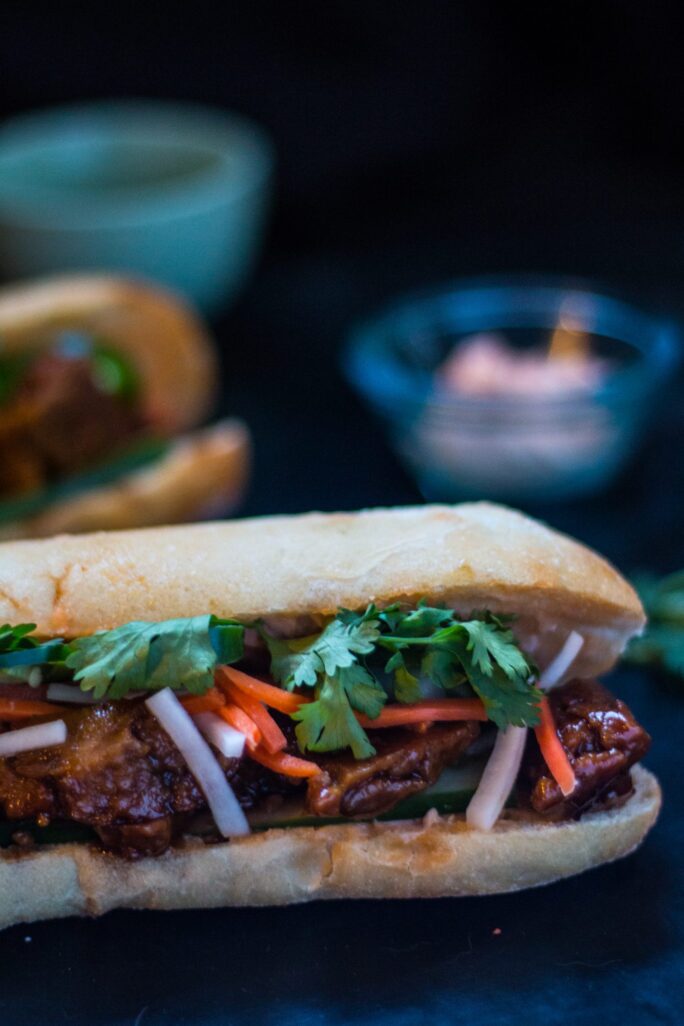 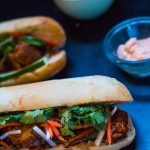