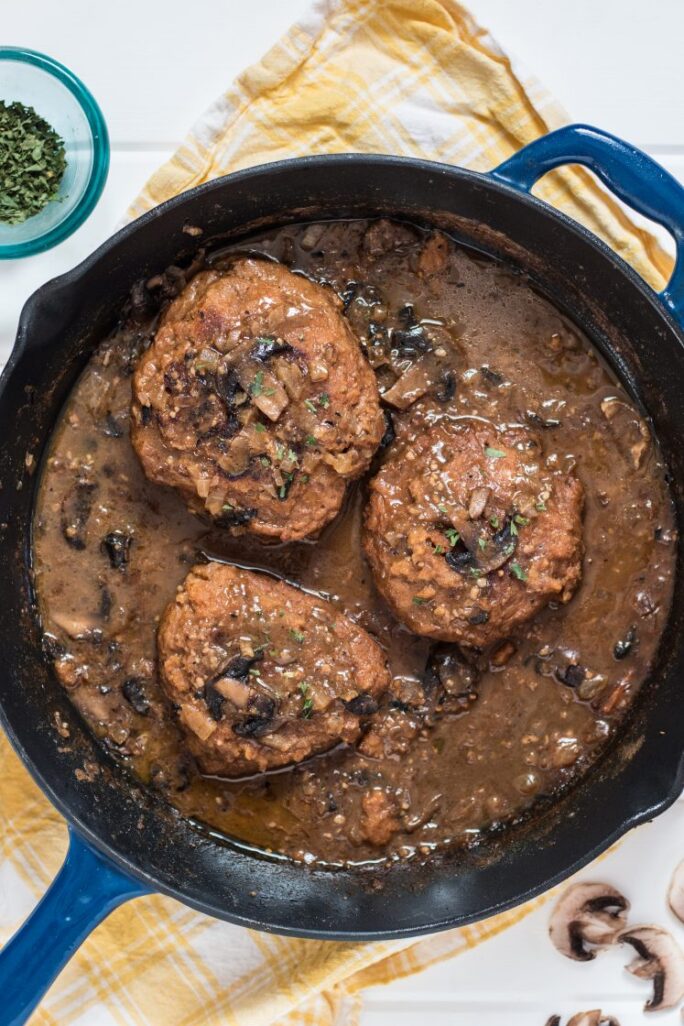 This weekend I’m heading to Austin for the first time. I’ve always wanted to visit the capital of the Lone Star state, but didn’t get around to it until now. From what I hear, it’s a real vegan food haven, so I’ll probably overeat like I always do when I visit a new place. But Austin seems to be a walking town, so I’m sure I’ll burn it off.

Before I head out I want to share with you this recipe for vegan Salisbury steak. It’s something I’ve been thinking about for a while, and finally got around to testing last month. It took a few tries, but the composition and taste are where they need to be now.

One of the biggest challenges I faced was in creating a procedure that wasn’t too far off from the one for cooking traditional Salisbury steak: mixing ground beef with the other ingredients to create hamburger-like patties. I didn’t want to use vegan beef crumbles, so I instead went with seitan and came up with a sort of “breading” with the remaining items. It coats the seitan and makes a really nice outer layer that Salisbury steak traditionalists would be proud of. 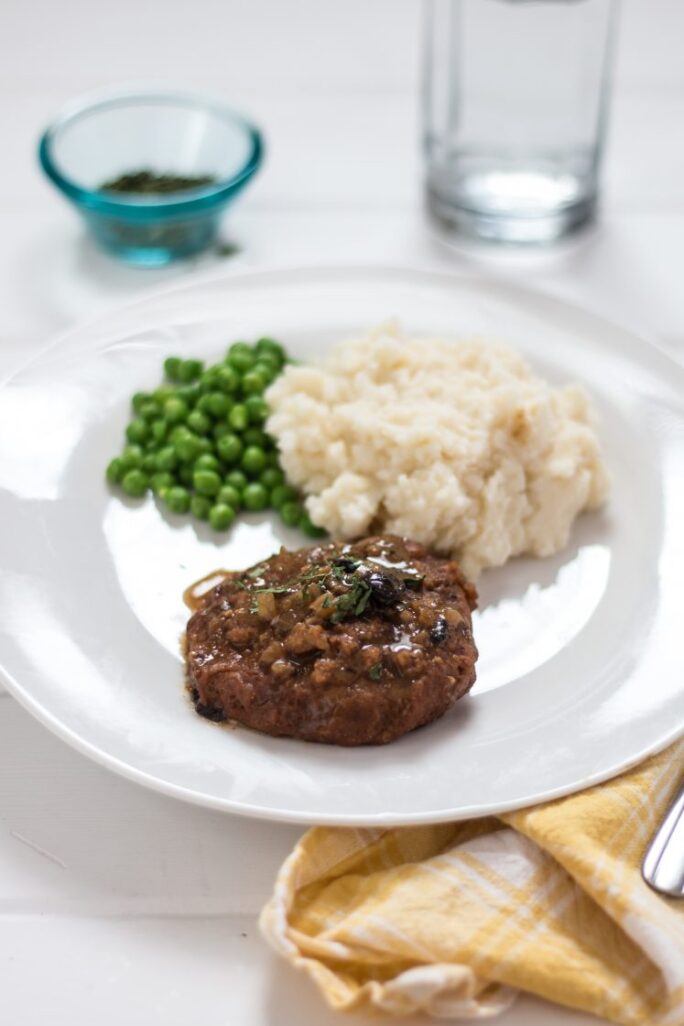 The rest of the steps are pretty much the same as they would be for the non-vegan version, and the result is similar, too: a super-tasty (and super-compassionate) hearty meal. Even your carnivore friends will love it! 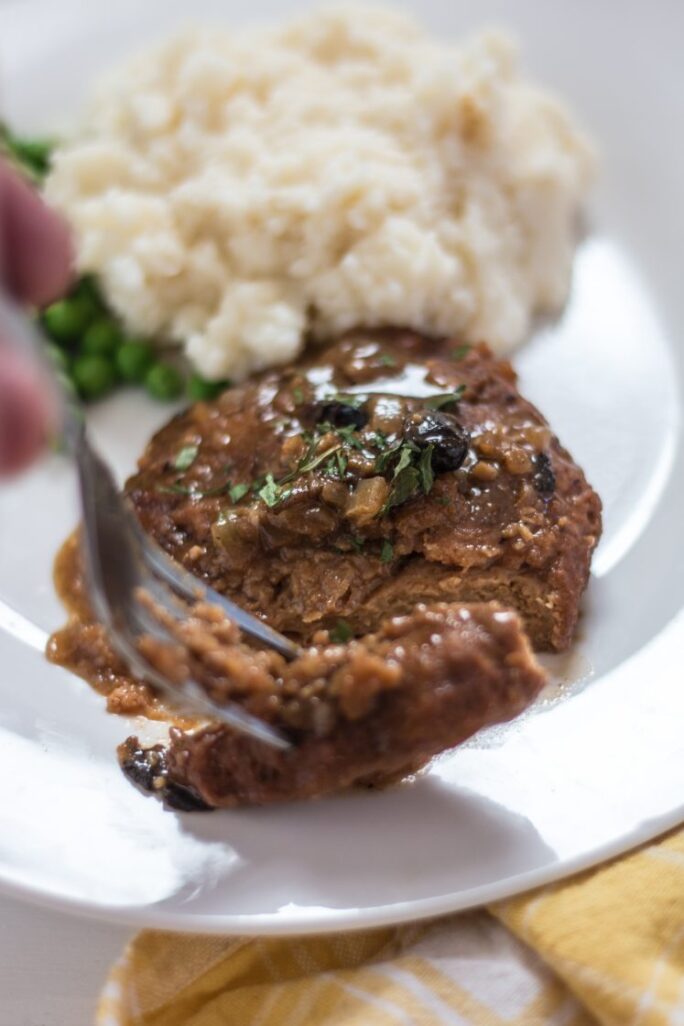 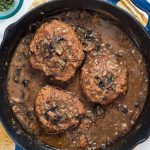 This veganized version of American classic entree, the Salisbury steak, is so full of flavor that even your most carnivorous of friends will be a fan!
Prep Time15 mins
Cook Time20 mins
Total Time35 mins
Course: Entree
Cuisine: American
Yield: 3 steaks
Author: The Nut-Free Vegan