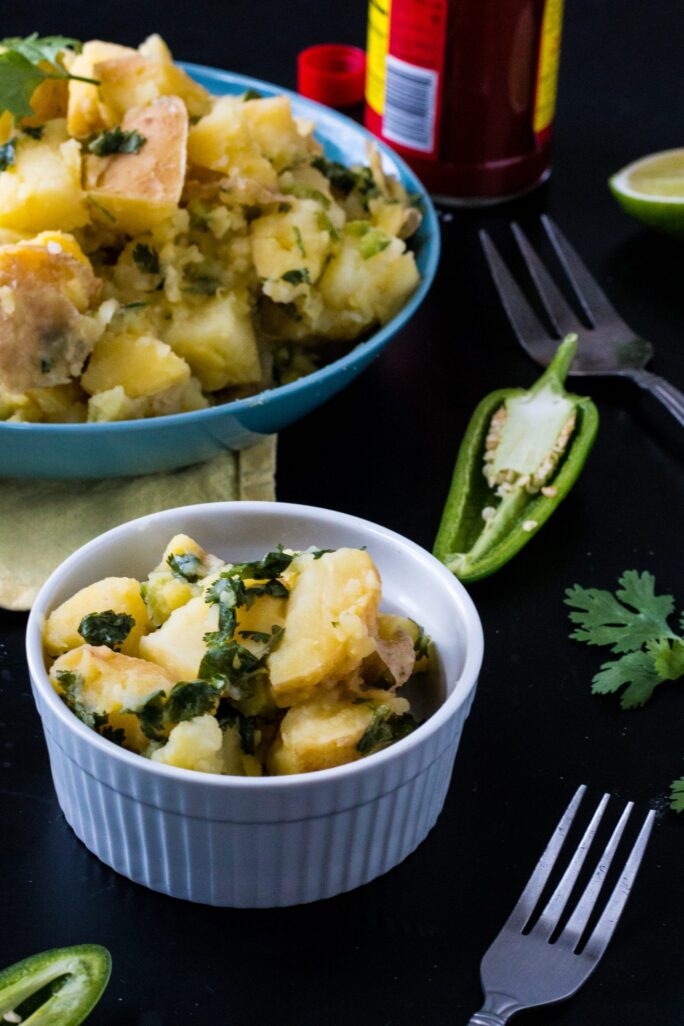 Last week I was traveling around New Mexico, seeing the sights, climbing mountains and white sand dunes and trying as much local food as I could. But believe it or not, a lot of the vegan options throughout the state are simply holding the meat and cheese. I didn’t find many specifically vegan dishes. I’m not complaining though; the food of that region is some of my favorite in the world (see: Southwest Buddha Bowl with Agave Lime Seitan). But it would’ve been nice to have a few more options.

One of my favorite meals during the trip was a calabacitas burrito from a street vendor in downtown Santa Fe. It was simple and amazing, and I’m hoping to come up with my own version for the blog in the next few weeks. “Calabacitas” means “squash,” so that’s the dish’s main ingredient. It’s accompanied by corn and black beans, topped with cilantro and, of course, green chiles, a staple of Southwestern cuisine and culture.

In the meantime, I came up with a side dish for tomorrow’s big Fourth of July celebration, but kept some of that Southwest flavor to it. The dish is Southwestern Potato Salad and it’s sure to liven up whatever barbecue plans you have tomorrow. It’s vinegar-based, so there’s some tang to it. It also has heat from jalapeños, which is balanced out with some cool cilantro and lime. 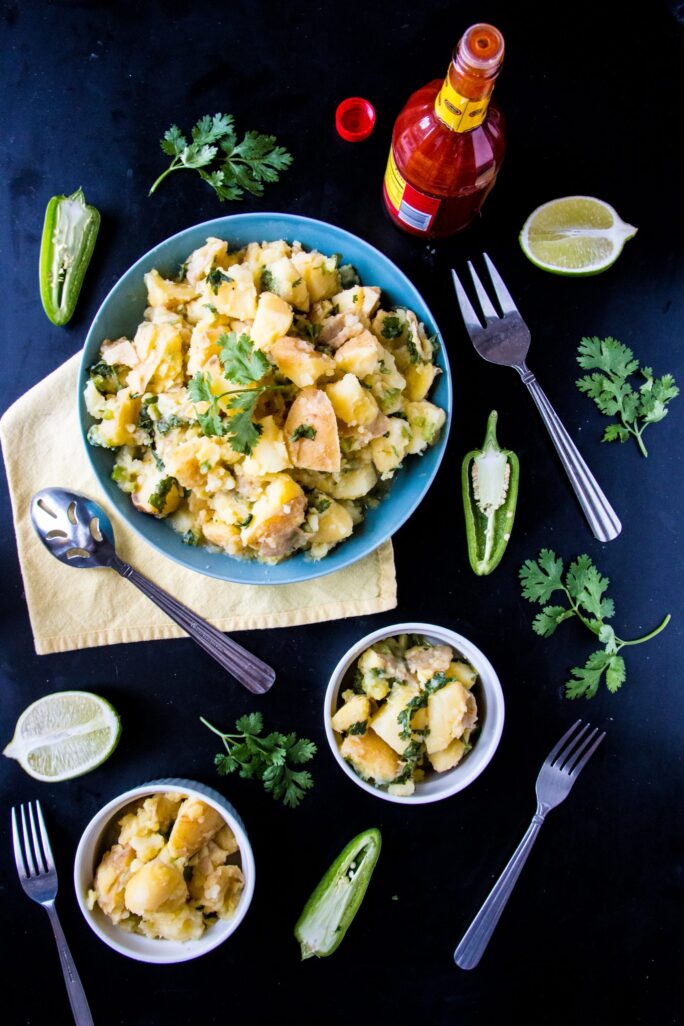 This recipe is a lot of fun and tastes amazing. So whip up a batch and bring the fireworks early on the Fourth. Let me know how it goes! I’m @nutfreevegan on social media, or hashtag #nutfreevegan. 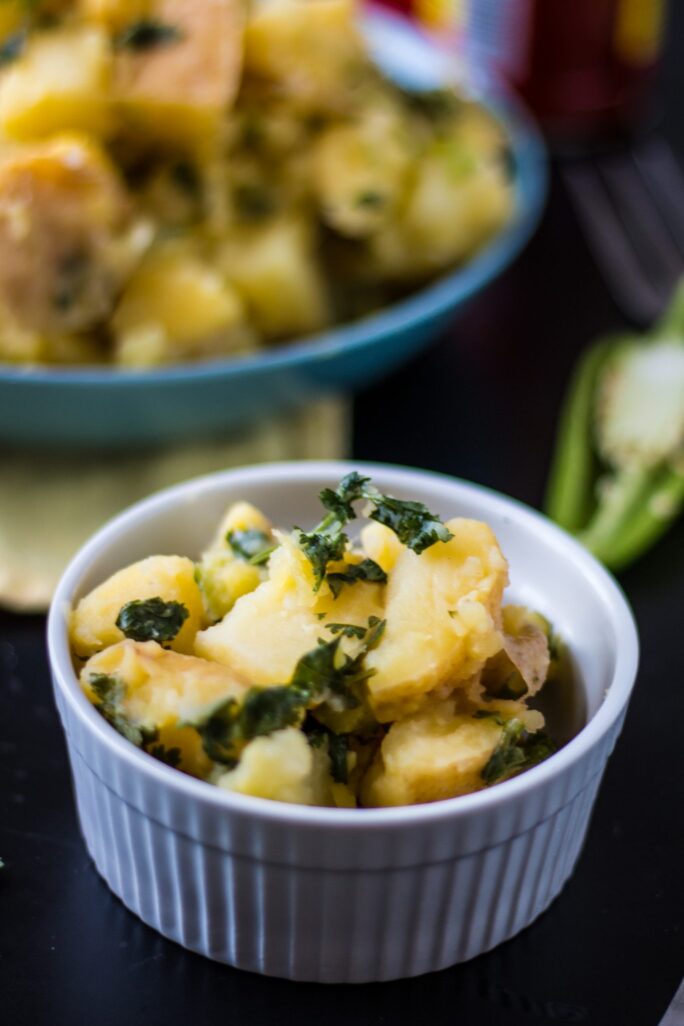 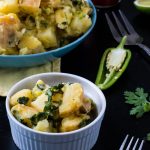 This recipe is gluten free.
Serve hot or cold (I prefer cold).