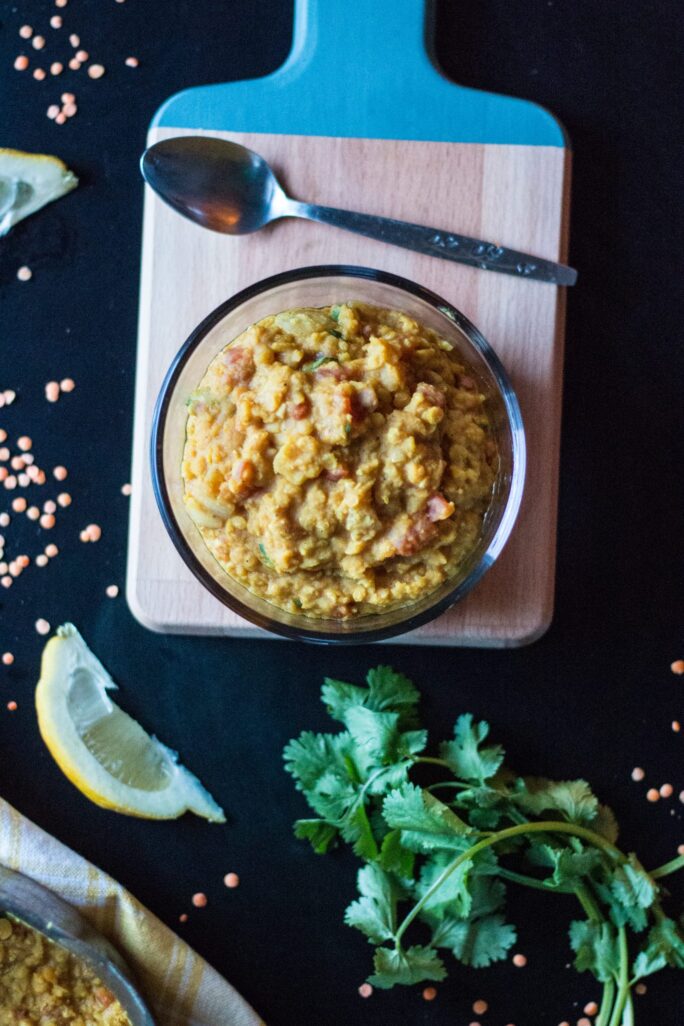 It took going vegan for me to fully realize the greatness of lentils. The four or five times I had them prior to that, I never gave them a second thought. Now they’re one of my weekly staples and I can’t imagine life without them.

Lentils are versatile, and can easily be incorporated into a meal once or twice a week. They’re also a pulse that’s full of fiber, iron and protein, so they won’t steer you wrong nutritionally. And they’re a fixture of Indian food, quite possibly my favorite cuisine in the world; I love the spices and the variety of grain and veggie dishes to satisfy even hungry vegans like me. 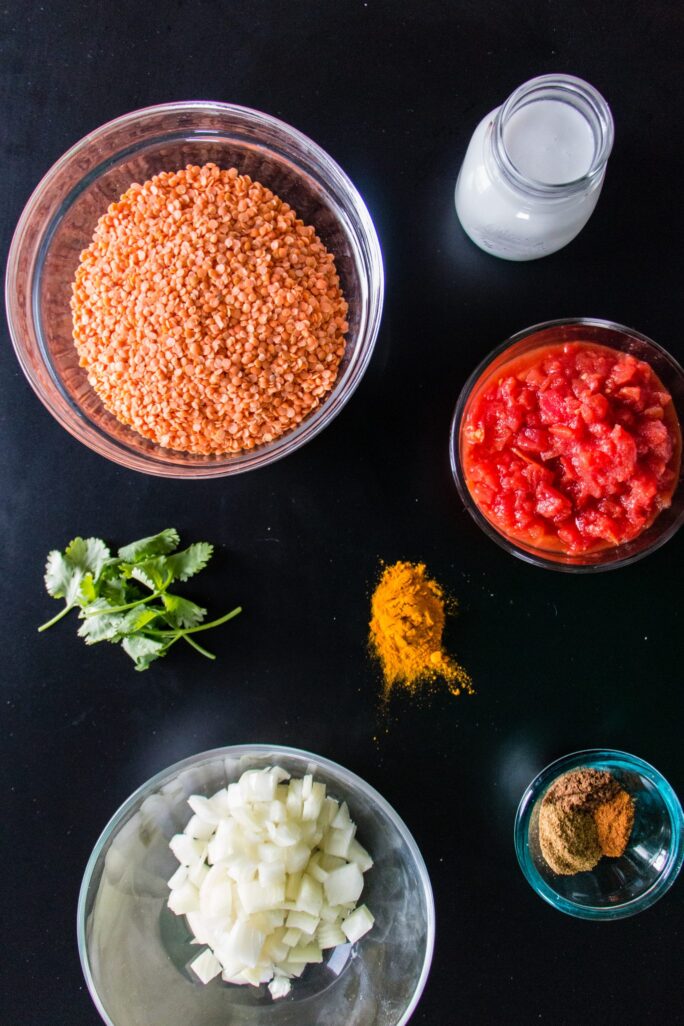 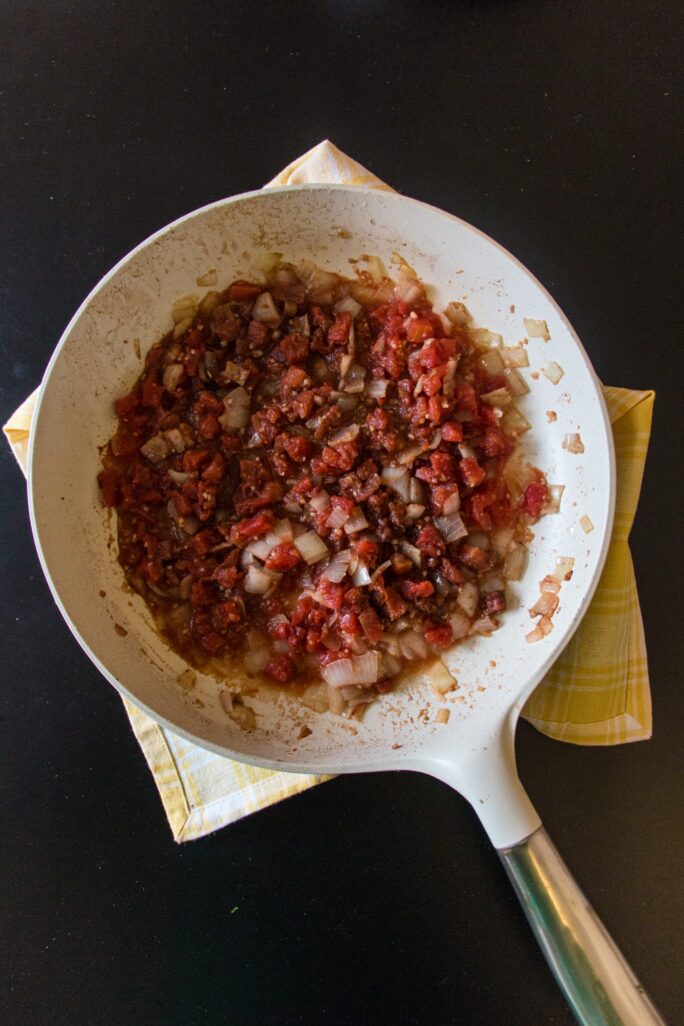 Not only is this recipe super easy to make—most of the cook time is just simmering—but it’s also packed with a ton of flavor. Its exciting spices give it just the right amount of punch. 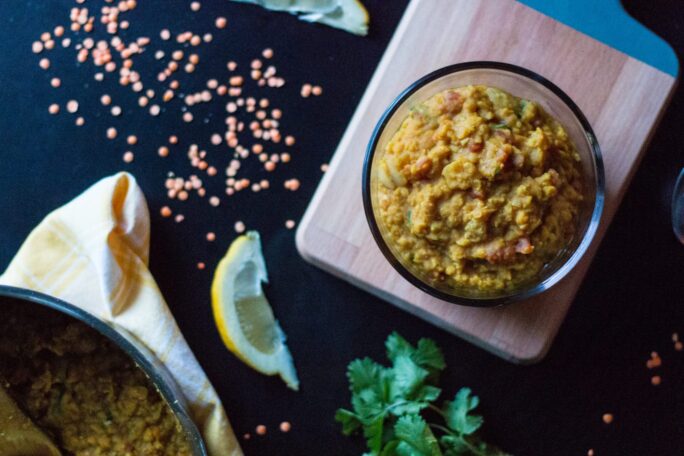 It’s the perfect side dish for just about any Indian entrée. Or, if you’re like me, you may want to throw it into one bowl and eat the whole thing by itself…. 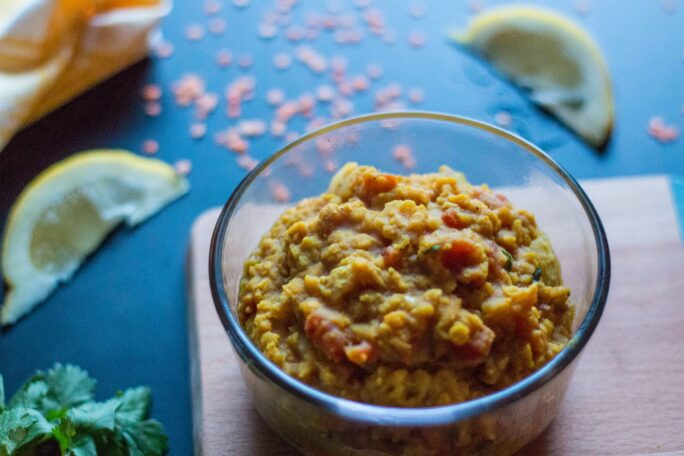 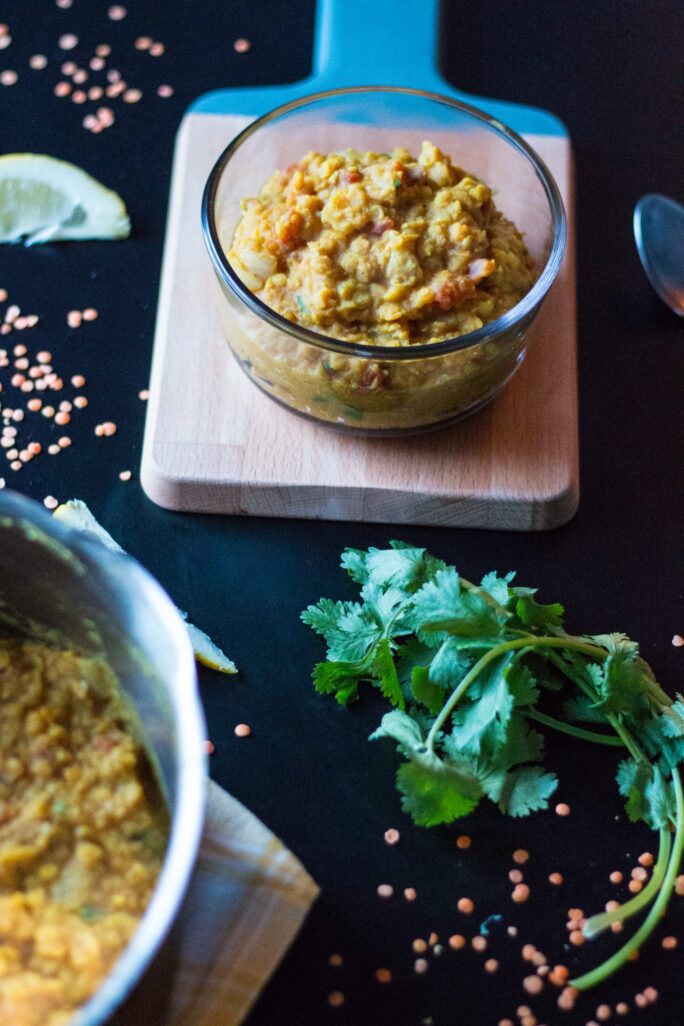 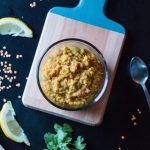 A spicy and delicious red lentil dal that makes the perfect Indian side dish or a great snack all on its own.
Prep Time10 mins
Cook Time35 mins
Total Time45 mins
Course: Side
Cuisine: Indian
Calories: 203kcal
Author: The Nut-Free Vegan