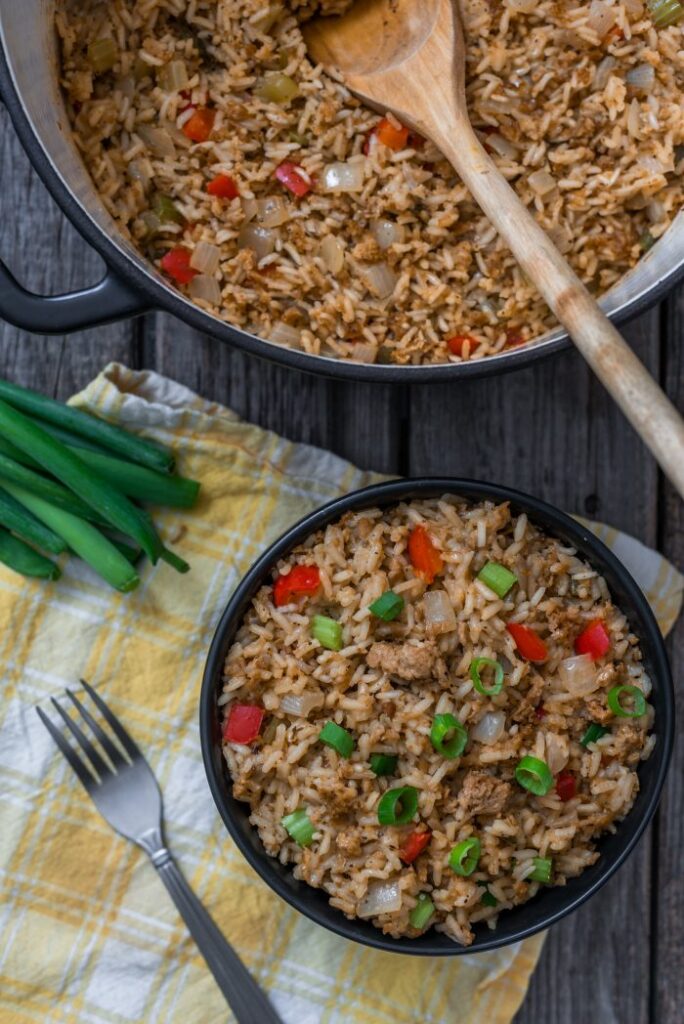 A few weeks ago Laura and I took a four-day trip to New Orleans. She’d never been and it was my first time there since way back in 2002. We went because it was one of the items on her dad’s bucket list, which she’s finishing for him after his death. We also wanted to attend The New Orleans Jazz and Heritage Festival, which was celebrating its fiftieth year. And, of course, we were all about finding the best vegan food in The Big Easy.

We stayed on the northern edge of the French Quarter, but tried to avoid that area because neither of us drink and are more interested in exploring the culture of other parts of the city than dealing with the partying on Bourbon Street. We did venture into the Quarter during off-hours though, to try some tasty vegan dishes at Killer Po’Boys and The Gumbo Shop. Both were amazing.

But the real treat came when we headed uptown to Audubon Park. On the way we stopped at the plant-based café called Seed.  It sits between two other vegan establishments, Cocoally and Green Fork. It was so great to see so much veganism! The café’s menu is INSANE. We had Southern Fried Tofu Nuggets—which were maybe the greatest thing I’ve ever eaten—chai smoothies, gumbo and vegan beignets. Such an amazing meal! I didn’t feel bad eating so many calories because we didn’t have a car and were walking an average of ten miles per day every day we were there. So we burned it all off pretty quickly. 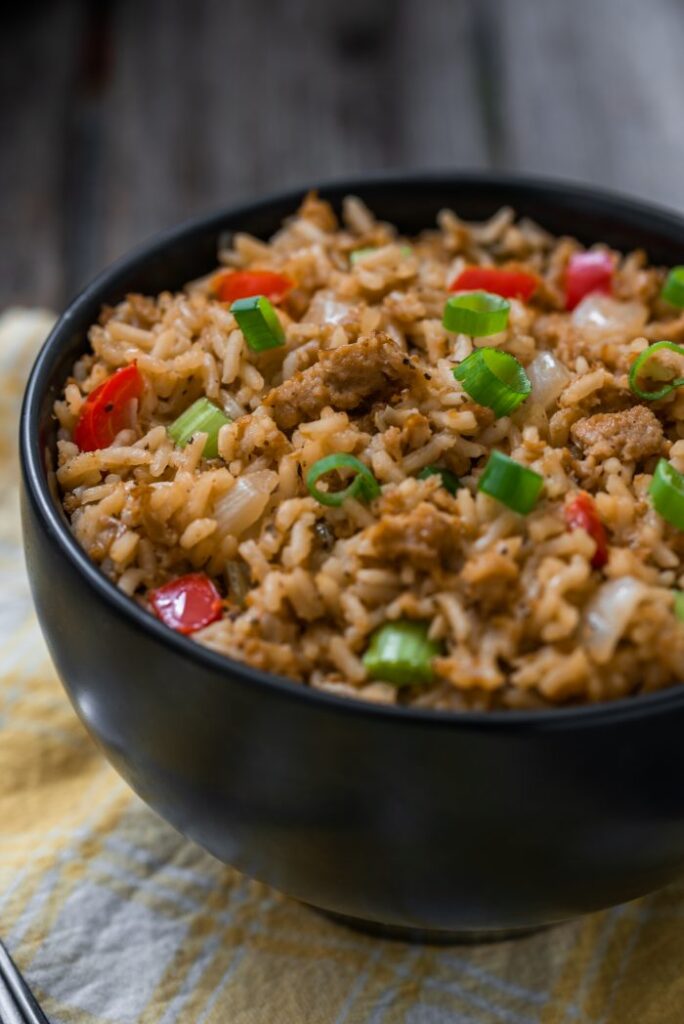 Needless to say, visiting NOLA inspired me to think about how I could bring that local flavor to this site. There are a lot of spicy staples down there, but one that I’ve always been a fan of is good old Creole dirty rice. Like a lot of local creations it’s (obviously) rice-based and often includes things like pork sausage and chicken gizzards. Well, that’s not my cup of tea, so to create this Beyond Beef Dirty Rice I swapped out all of that meat for—you guessed it—Beyond Meat’s Beyond Beef. A few months back I started crumbling up their Beyond Burgers into “ground meat,” which I went on to use in this delicious tostada recipe. But now you can just buy a block of “beef” and save yourself the extra work. It’s fantastic.

This dirty rice is really easy to make. Everything goes into one pot and it doesn’t take very long at all—about a half hour. There’s a little Cajun flare in there with some pretty great spices, which, when mixed with the Beyond “meat” and vegetables makes for some amazing flavor. You can add a little Tabasco on top for even more kick, too! That’s what I do, and then add a dallop of vegan sour cream to top it all off. So good!

As always, I’d love to hear your thoughts on this Beyond Beef Dirty Rice if you make it. So drop me a comment below, and be sure to tag @nutfreevegan on social media if you’re posting photos. It’s always super fun to see these dishes out in the wild! 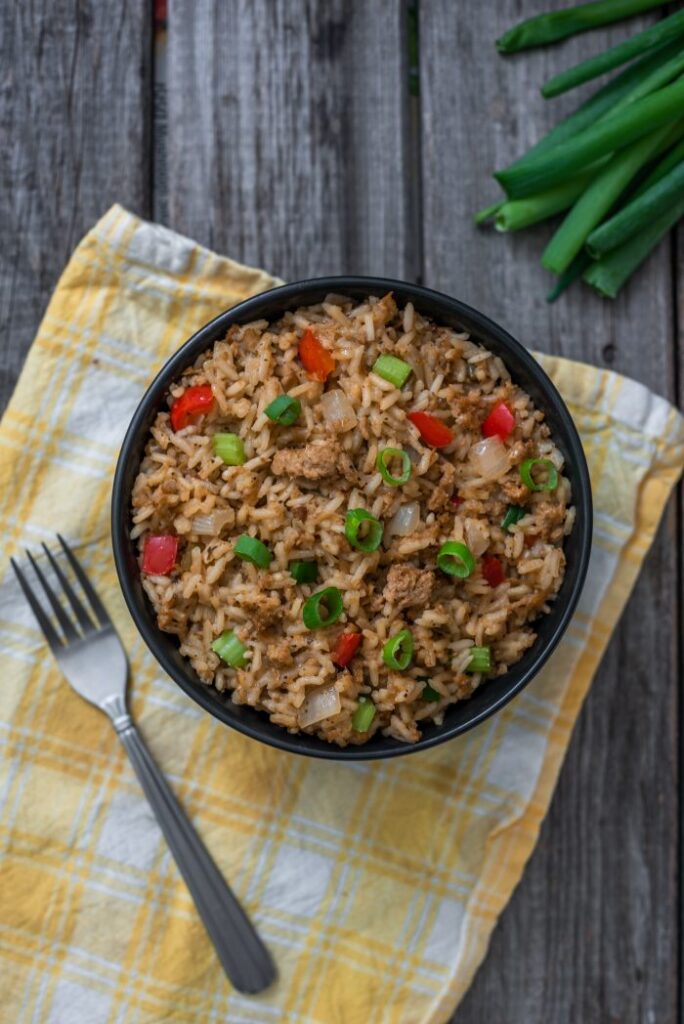 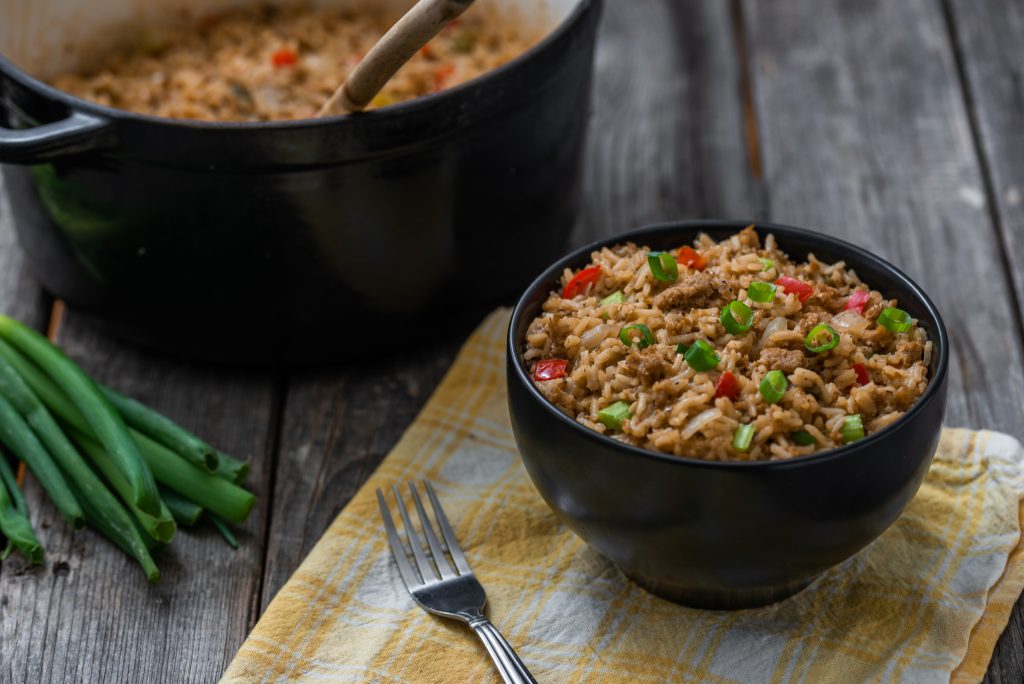 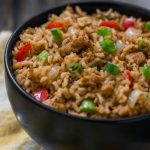