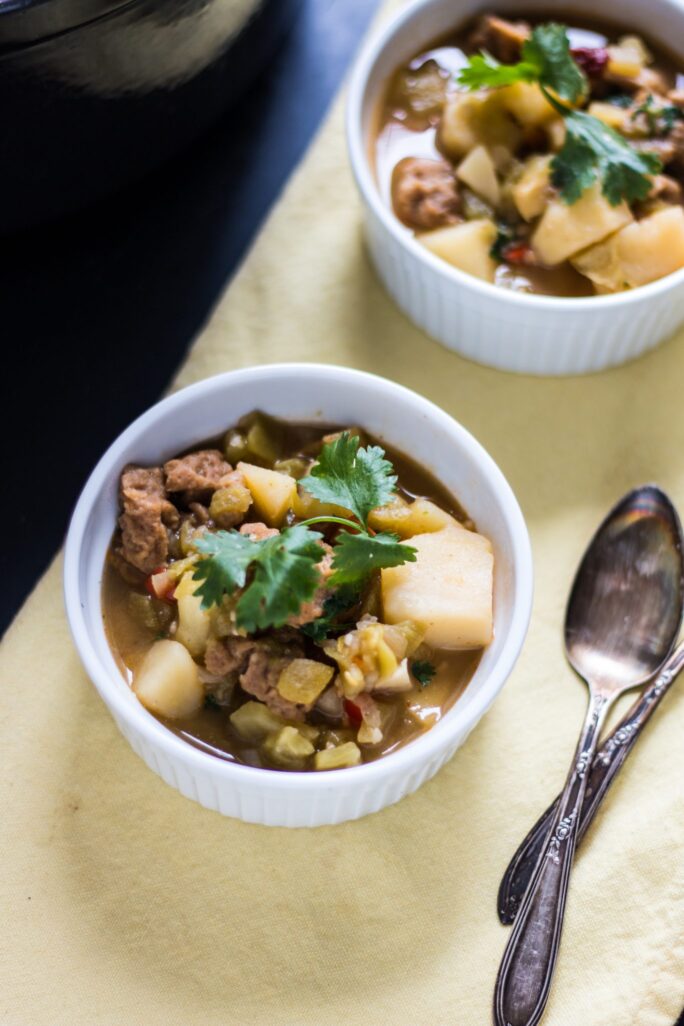 When I was out in Santa Fe recently, I saw green chile stew on a lot of menus. Of course, I can’t eat it because it’s not vegan, but it definitely intrigued me. So much, in fact, that I decided to make a vegan version of my own.

This dish is adapted from the Santa Fe School of Cooking’s recipe, which incorporates pork butt—a vegan no-no. I subbed in seitan (in this case I used Upton’s Naturals Traditional Seitan, but my “Tastes Like Chicken” Seitan recipe is also great if you want to make a whole batch) and made a few other adjustments to the ingredients for a stew that I like to think would make even a New Mexican proud. Maybe when I’m out there next year—we seem to be making it our anniversary destination—I’ll whip up a batch and ask the locals what they think. 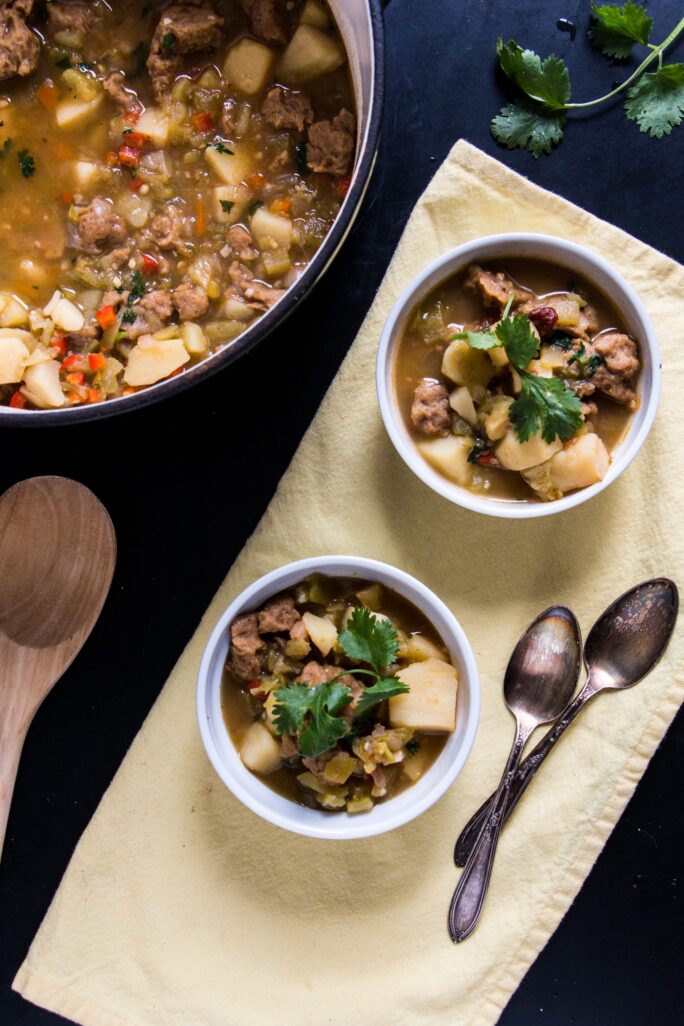 In the meantime, please tell me what you think. With Fall right around the corner, stews are going to be on the docket for those cool evenings, and this one will warm you right up. So give ita try and take lots of photos! Post them on Instagram with the hashtag #nutfreevegan so I can see them. Happy cooking! 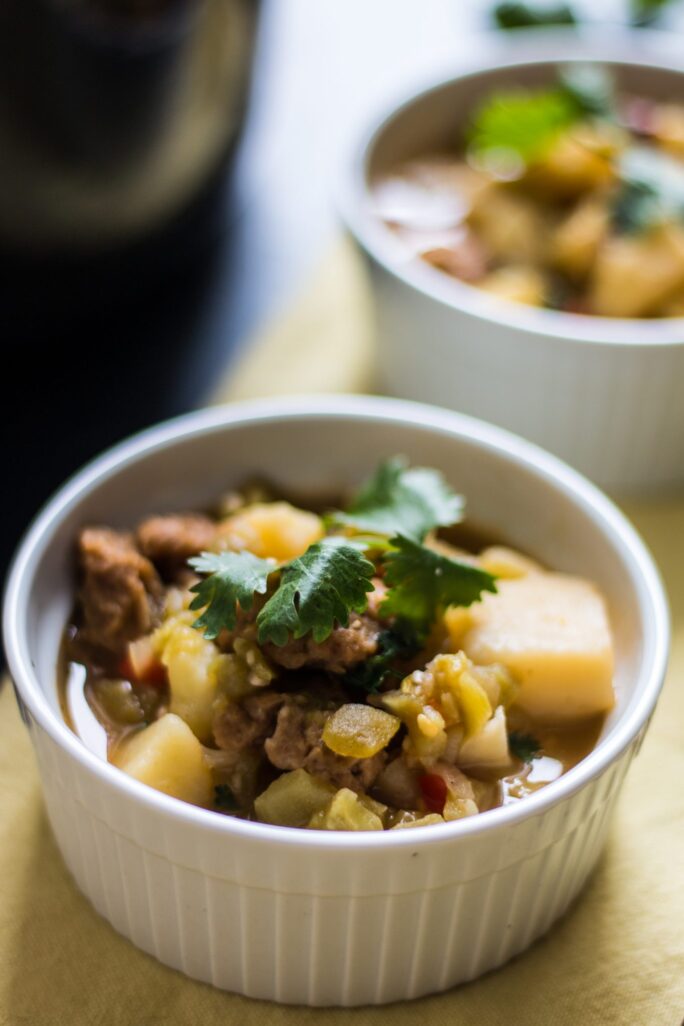 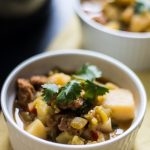