I first had Indian food at a restaurant on Capitol Hill in Seattle back in 1999. I thought it was the coolest thing ever. I wasn’t vegan then, so I had paneer tikka masala.

These days I eat Indian whenever I can, but though it’s a very vegetarian-friendly cuisine, it’s not all that vegan. Lots of dairy. Our local Indian spot here in Montclair, New Jersey, puts either milk or yogurt in almost every dish, including rice. So my options are pretty limited whenever my wife and I go there. 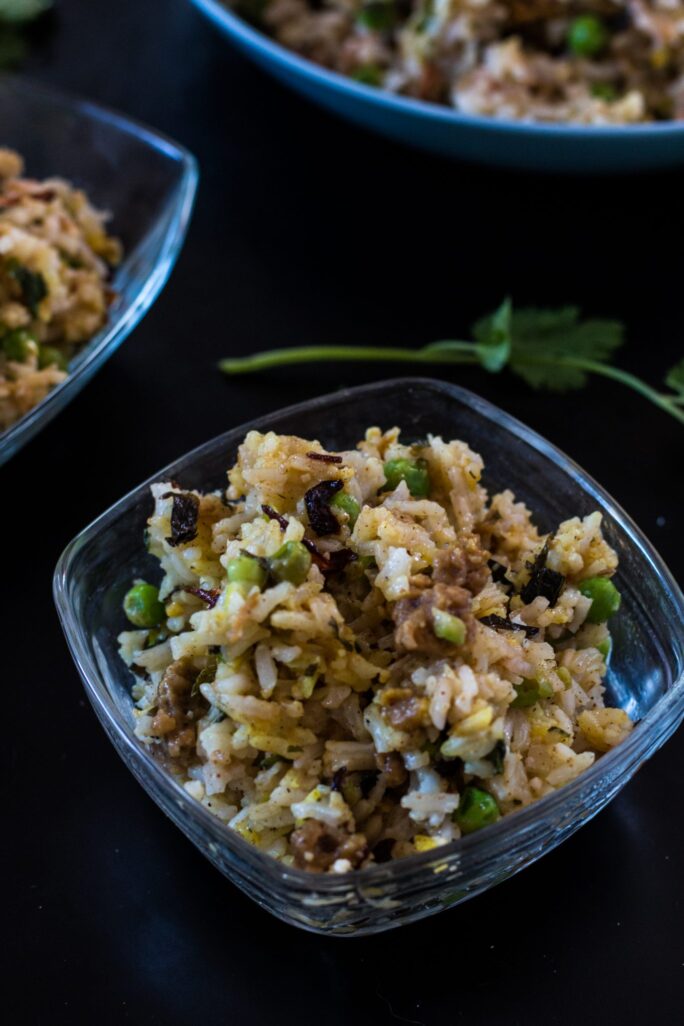 They say the best ideas are the ones you come up with when you’re “scratching your own itch.” That’s what I did by starting this blog, and it’s what I’m doing with this Seitan Biryani recipe. Since I couldn’t find a lot of vegan options at nearby Indian restaurants, I decided to create something of my own that’s vegan-friendly and super tasty.

This recipe is a really loose variation of the classic rice dish, inspired by this article I read in Saveur a few weeks back. I took inspiration from there and ran with it to fit my tastes—and hopefully yours, too. Try it out and let me know what you think in the comments. 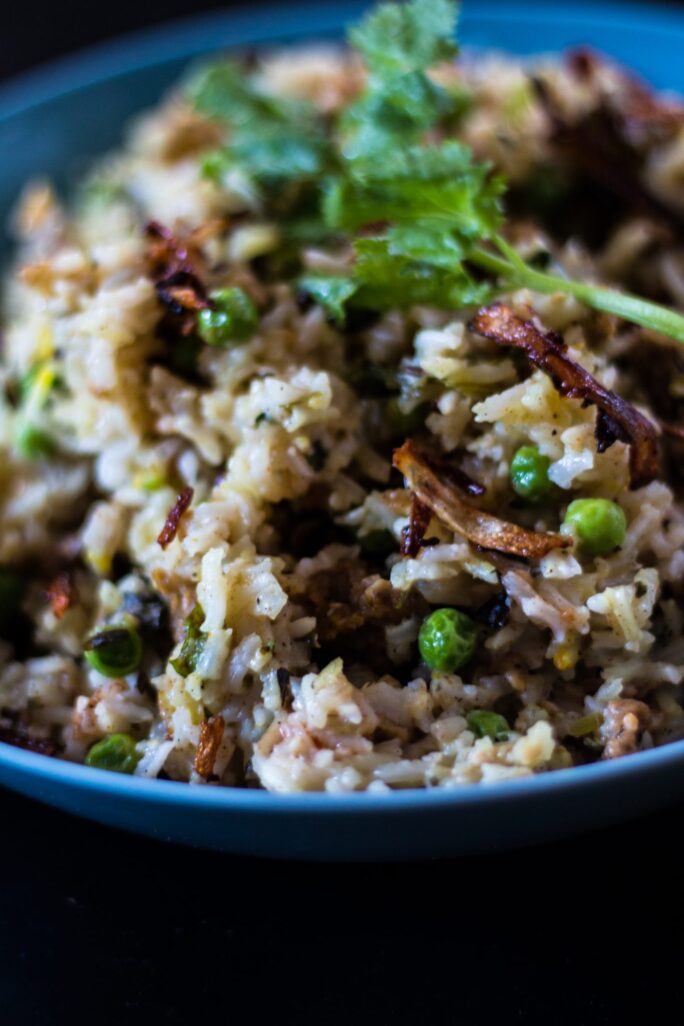 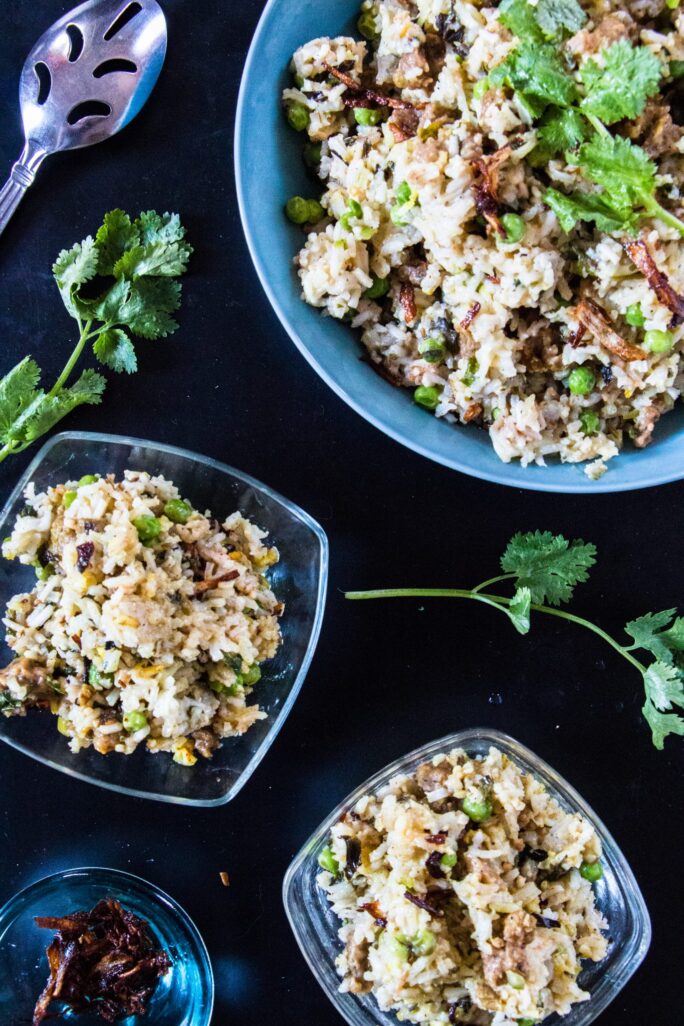 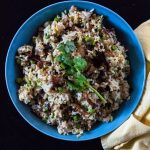 If you don’t feel like making the “Tastes Like Chicken” seitan recipe, you can substitute in some store-bought crumbles. Upton Naturals makes a really good one.