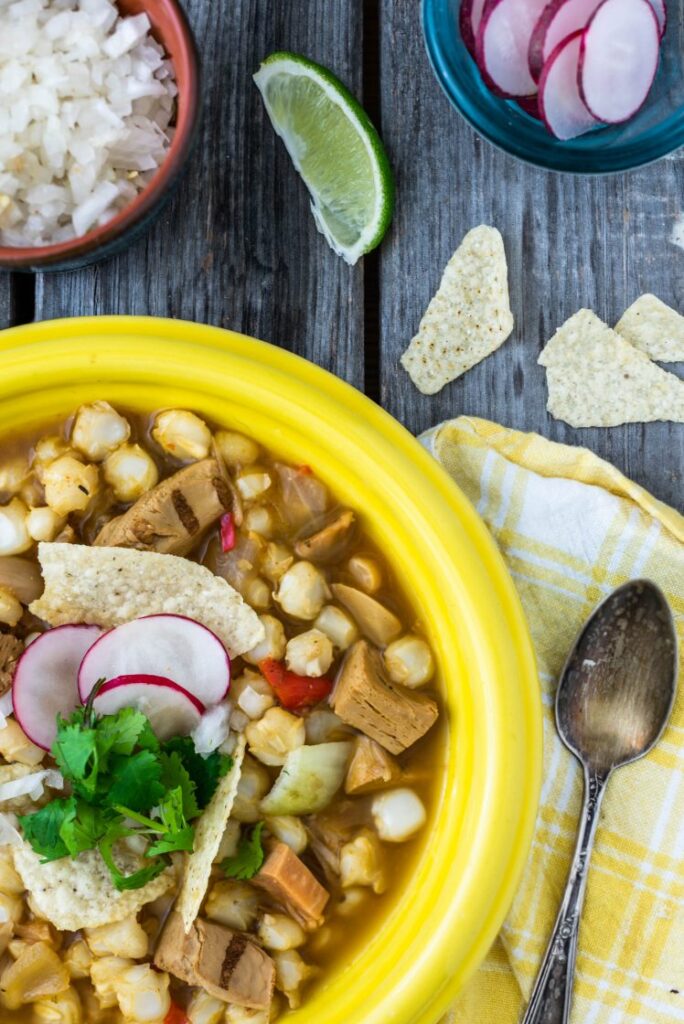 I’ve been thinking a lot lately about New Mexico. Not sure why, other than the fact that I’m eager to go there again. As I probably mentioned on this site before, Laura and I were married there back in 2016, in Santa Fe. We chose that location because it’s just so in tune with our energy, and we knew our families would love it. Ever since the wedding—and probably before—I’ve daydreamed about moving there, maybe opening up a little vegan cart on the plaza and enjoying all the amazing culture the area has to offer. But since that probably won’t happen for at least a few years, if at all (we’re talking about leaving the northeast either for there or southern California in the near future), I’m left with memories of all the things we did there, and especially the food.

If you’re familiar with this site you’ll know I have a penchant for recipes that are inspired by the southwest. That’s a trend I don’t see stopping any time soon because he cuisine in that area and south of the border in Mexico is some of my favorite in the world. That’s why I’m excited to share another recipe inspired by the area again today.

This Pozole Rojo is a delicious Mexican soup that I first discovered while visiting Santa Fe. It’s rich with cultural flavors like cumin and coriander, and, of course, the thing that New Mexico is known for: chile peppers. In this recipe I used Fresno chiles and a bit of New Mexico red chile powder for that authentic flavor. And since pozole often includes chicken and sometimes pork as well, I decided to veganize with Beyond Meat’s Lightly Seasoned Beyond Chicken Strips and Upton’s Naturals’ Chili Lime Carnitas Jackfruit. Together all of these things make for a hearty and comforting soup that you’ll love eating, especially as winter approaches and the days are getting colder. 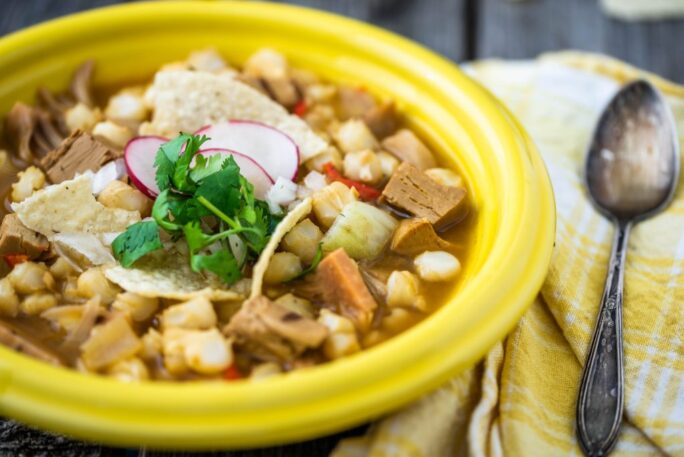 If you’re a fan of spicy food you’re going to love this one. So give it a try and let me know what you think in the comments below. And, as always, be sure to tag @nutfreevegan on social media when you share photos. I’ve really loved seeing what everyone has been making lately! 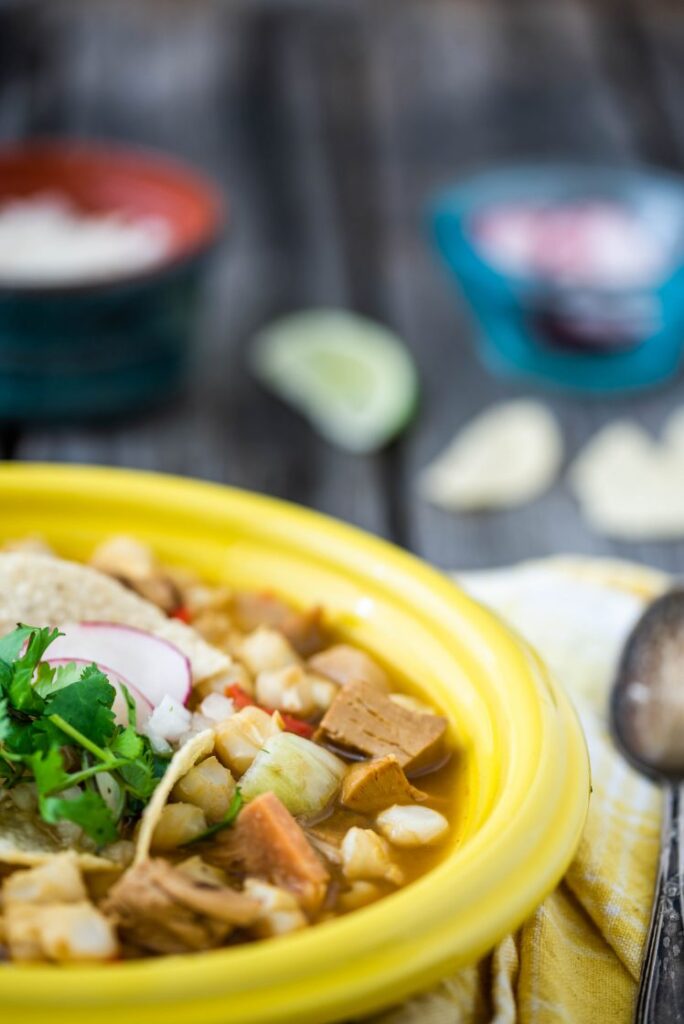 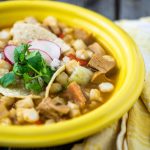