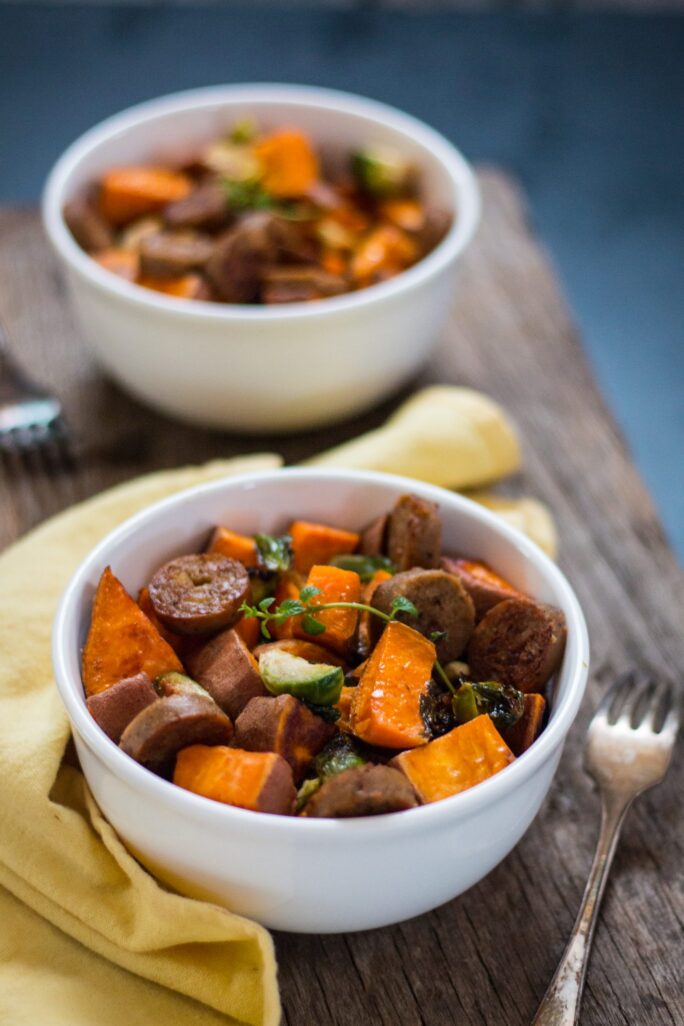 Thanksgiving is almost here, and that means a lot of cooking and eating for most people. It’s so common that Stove Top has released new stretchy pants for people who overindulge this time of year. I’ve told myself I won’t be one of them—and it’s a little easier as the only vegan at the table—but it usually ends up happening a little bit anyway. See, when you’re the only one on a plant-based diet, chances are most of the other people aren’t interested in the food you’re having, so you end up having it all to yourself. That could be a recipe for trouble.

But even if you’re a lone vegan who overindulges a bit, it’s OK when you’re eating things like this awesome Winter Vegetable Bowl with Field Roast Smoked Apple Sage Sausage. Sure there are some calories in there, but nowhere near as many as much of the Thanksgiving fare your family will be eating. 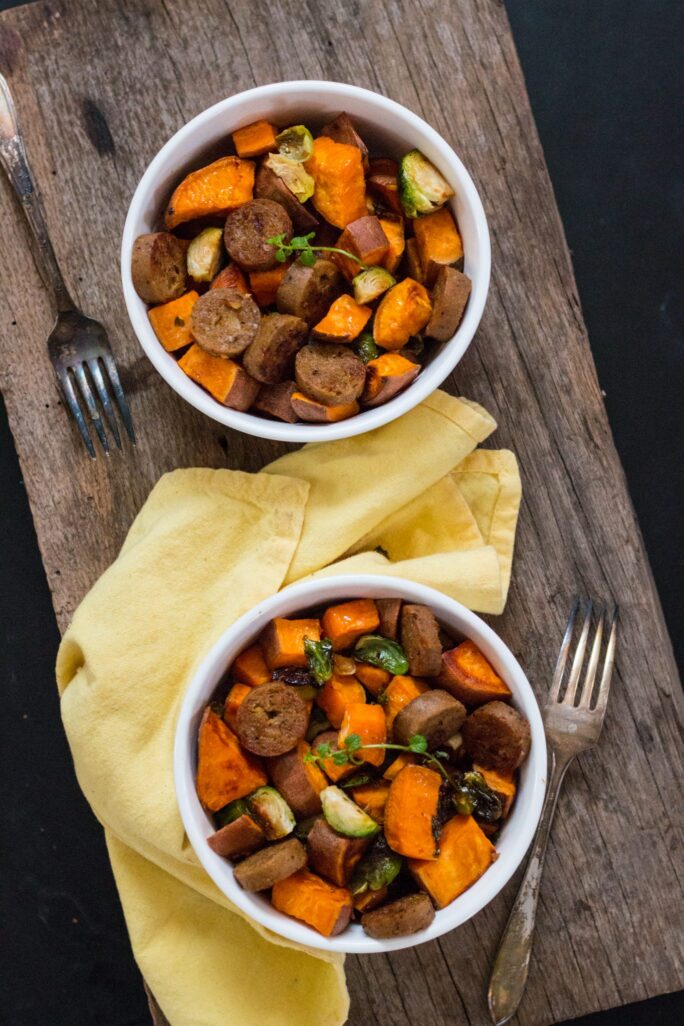 This dish is a simple and flavorful one, loaded with my current favorite thing, maple syrup—perfect for when you don’t want do a whole big thing this holiday season. All you need to do is throw the vegetables in the oven, grill the Field Roast sausage and you’re done. So easy!

What are you eating this Thanksgiving? Let me know in the comments below. 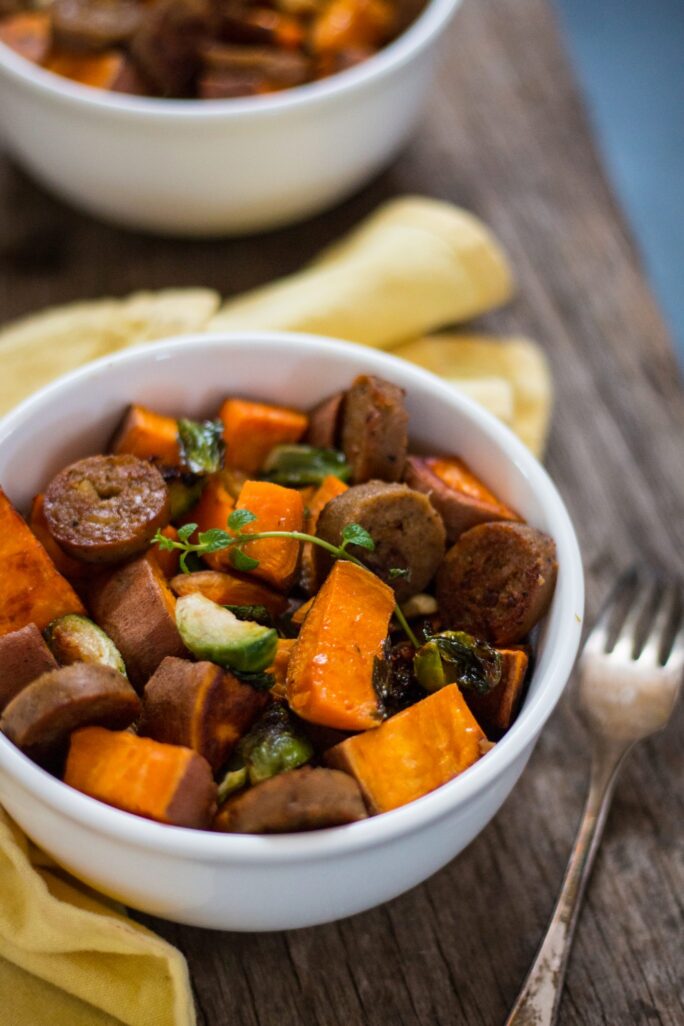 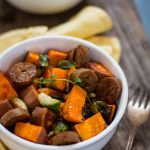