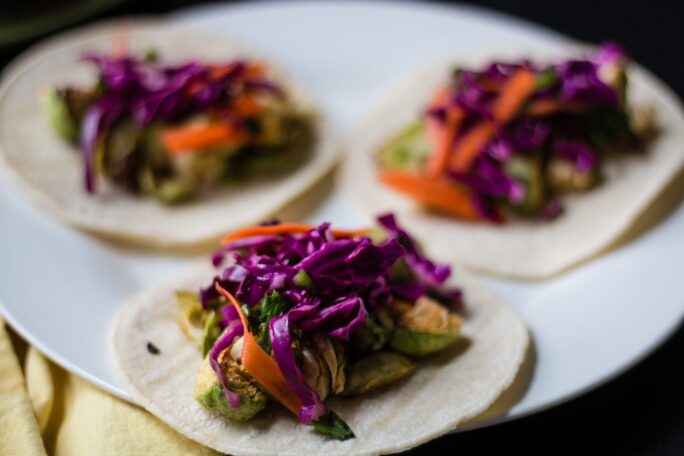 The past few months I’ve been thinking a lot about street food. Things like tacos, sandwiches, empanadas. Basically food truck fare. It’s probably because most of my time is spent in New York and Los Angeles, where you can find a food truck on every corner. And as I’ve been thinking about food trucks, my thoughts have shaped my recipes. I like it when something new influences my work—I’m just not sure it’s ever been this overt before. 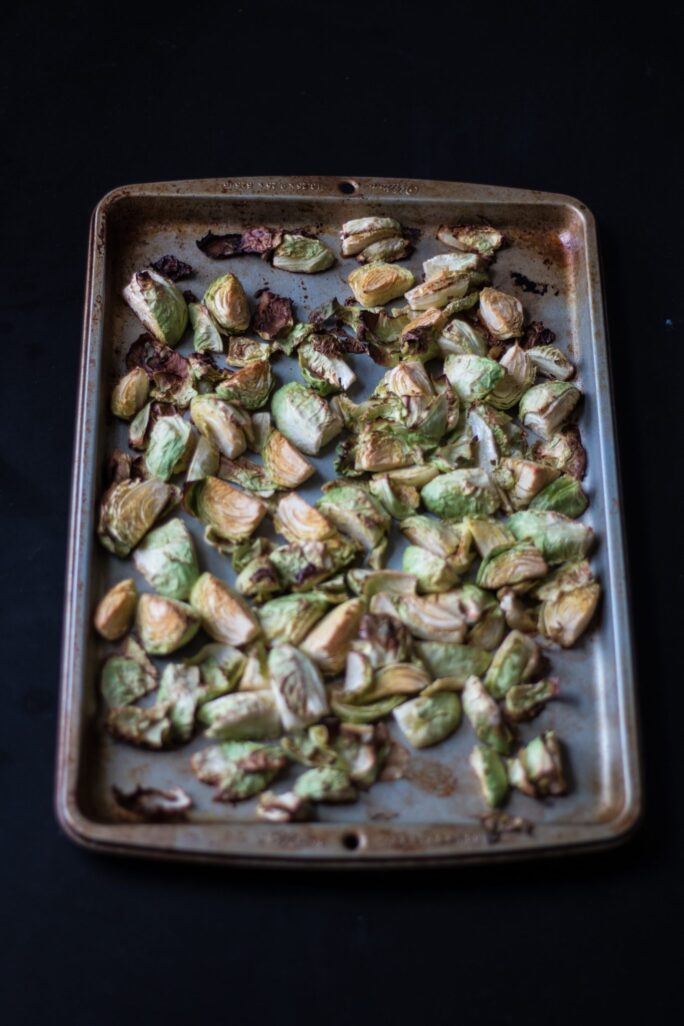 A lot of what I’ve seen food trucks do lately is take something ordinary and make it unique, and that’s exactly what I tried to do here. The main ingredients in most vegan tacos I’ve tried are either black beans or a meat replacement. There’s nothing wrong with that, but I wanted to try something different. Enter Brussels sprouts.

I’ve eaten more Brussels sprouts the past two years than in all the years of my life prior. They’re amazing! And versatile, too. Which is why I decided to incorporate them into some tacos to see what would happen. 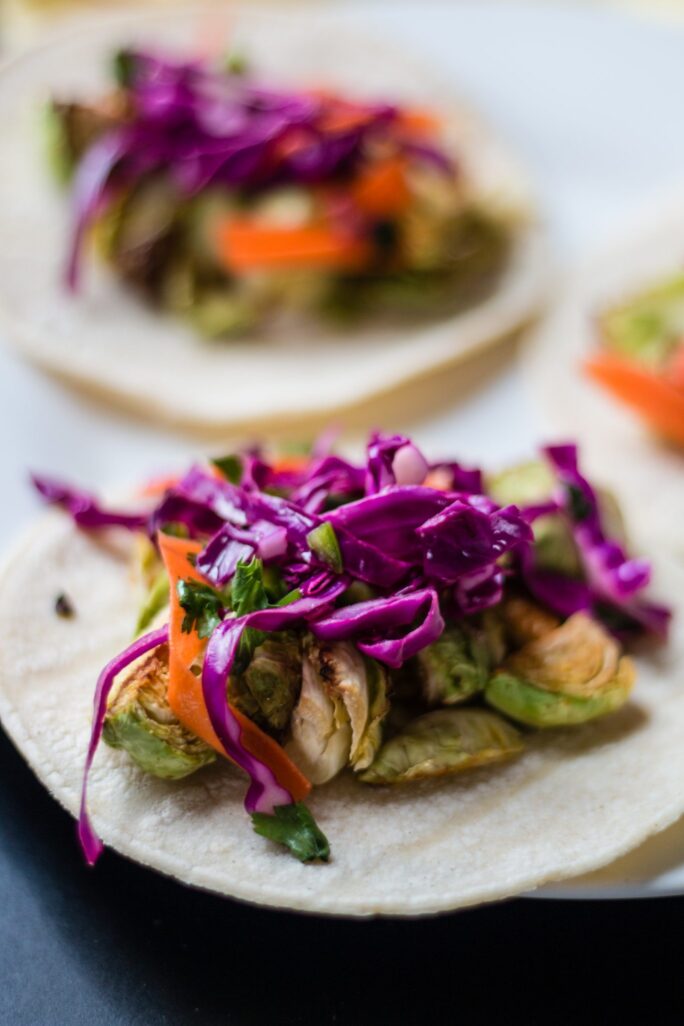 The result is a dish of Brussels sprouts topped with a Mexican slaw that’s heavenly. There’s crunch and a little bit of heat—but not too much—mixed with sweet agave and cilantro. And like most things I post here, this recipe requires very few ingredients and minimal prep time. 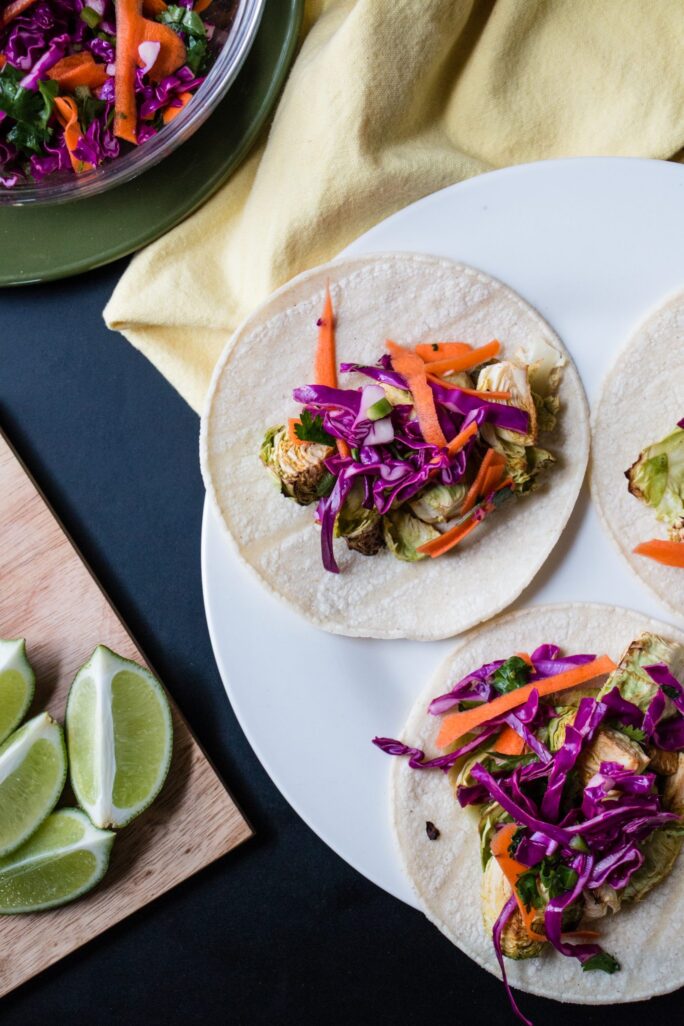 So give these tacos a try and stand out in your driveway to eat them if you want to pretend they’re from a food truck.

As always, I’d love to know how they turn out for you, whether you eat them in the driveway or not. So if you do make them, tag #nutfreevegan on social media so I can see! 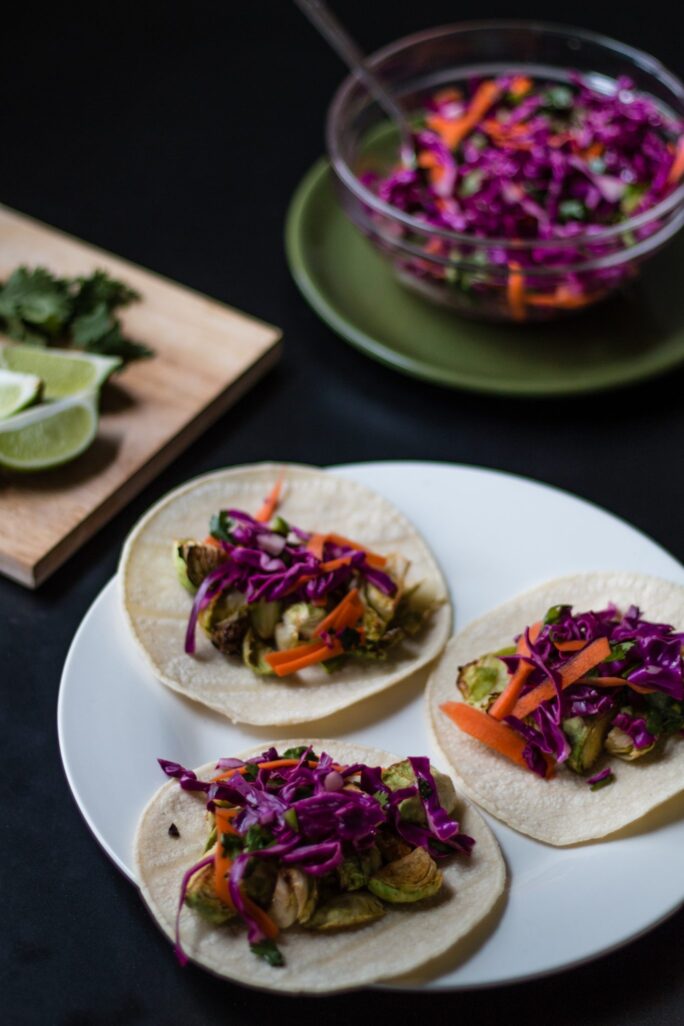 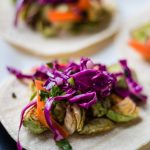