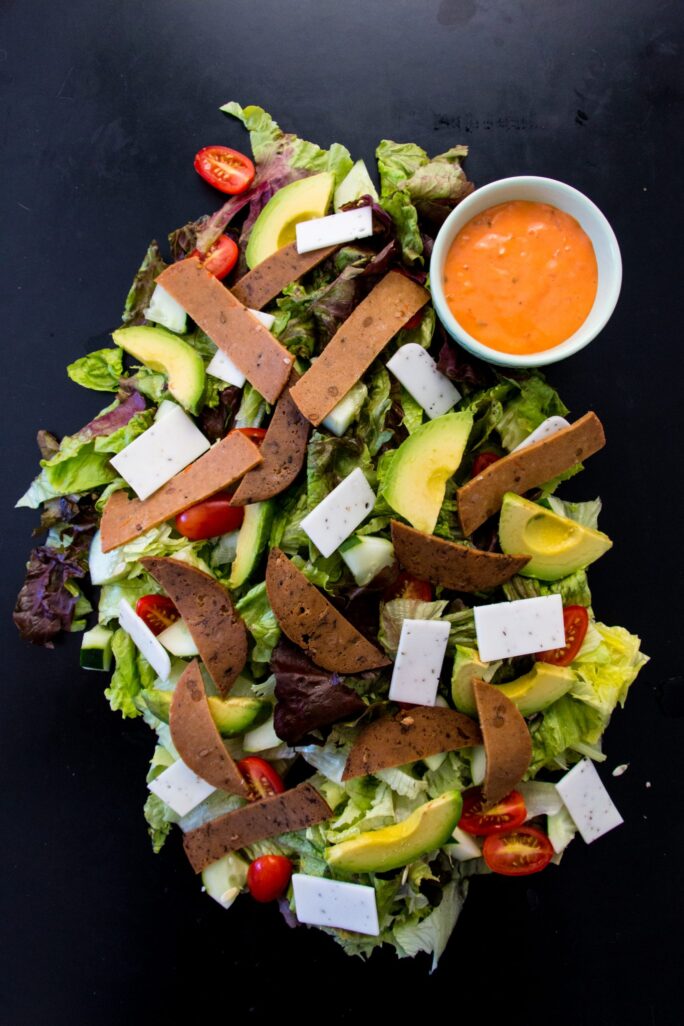 The chef salad is a classic. It’s in every diner in America and is a go-to for a lot of folks for an easy meal. Though its origins and recipe are disputed, its ingredients are pretty much standard: hard-boiled eggs, cheese and a bunch of meat. That’s obviously not something I’m interested in supporting, so I decided to create a vegan version for folks who still want a taste of this classic—but with a few modern twists.

First, I omitted the egg (even before I was vegan I didn’t like eggs, so that was easy to remove). Next, I decided to keep the meat and cheese, but vegan versions. I subbed in a bunch of vegan meat replacements from the folks at Field Roast. Their deli slices—Wild Mushroom and Lentil Sage—worked perfectly where turkey and roast beef would usually go, and their Coconut Herb Chao slices really upped the ante as far as flavor. Beyond that, I added some avocado because, as evidenced by many of this blog’s recipes (Bodega Breakfast Sandwich with Avocado, Salsa De Aguacate, etc.), I believe avocado makes everything better.

Beyond that, the ingredients are pretty much the same: lettuce (I used Romaine), tomatoes and cucumbers. Pretty simple. 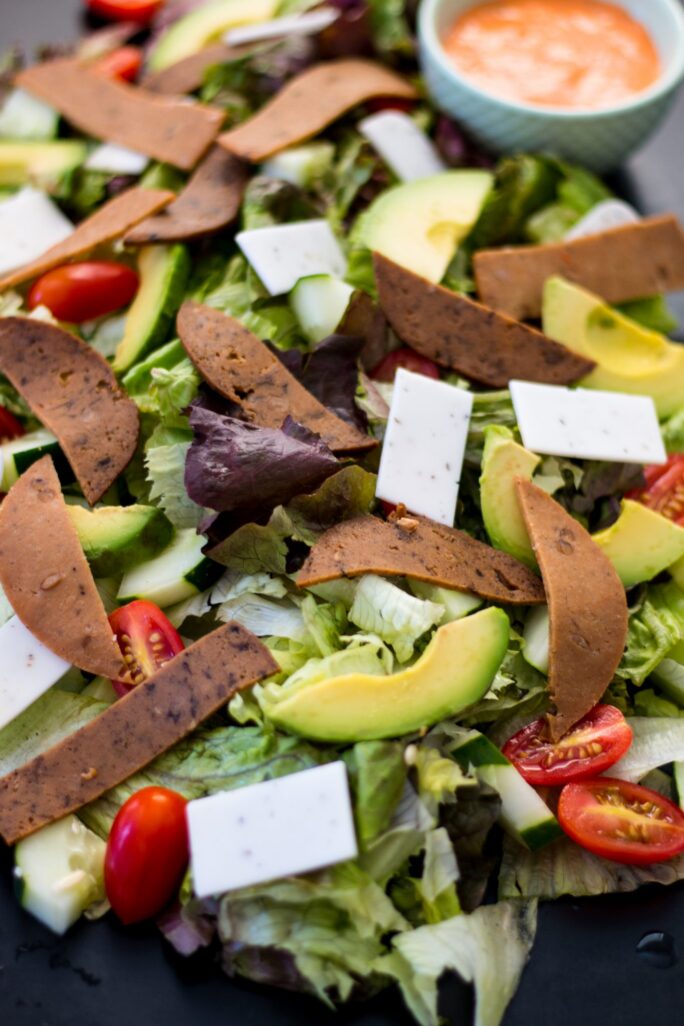 I haven’t had a chef salad in a long time, so it was fun to come up with one that I could eat and feel great about because there were no animals involved. Top this bad boy with your favorite dressing. I used vegan Thousand Island from Follow Your Heart.

If you’re looking for a great salad this summer, check this one out. And if you do try it, let me know on social media! I’m @nutfreevegan everywhere, or you can hashtag #nutfreevegan and I’ll track it down. 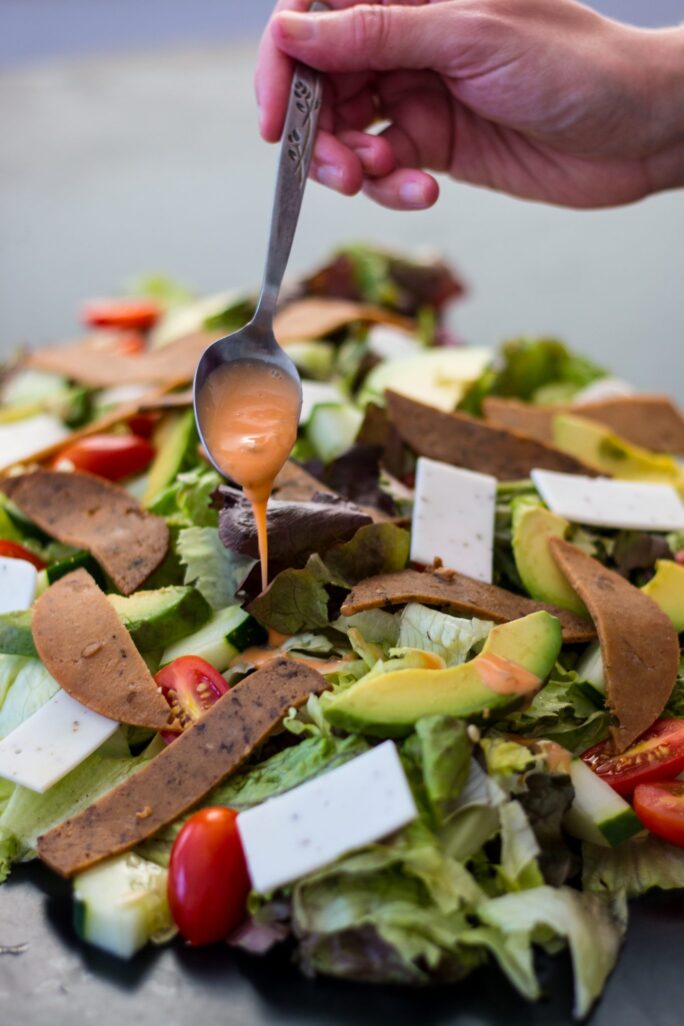 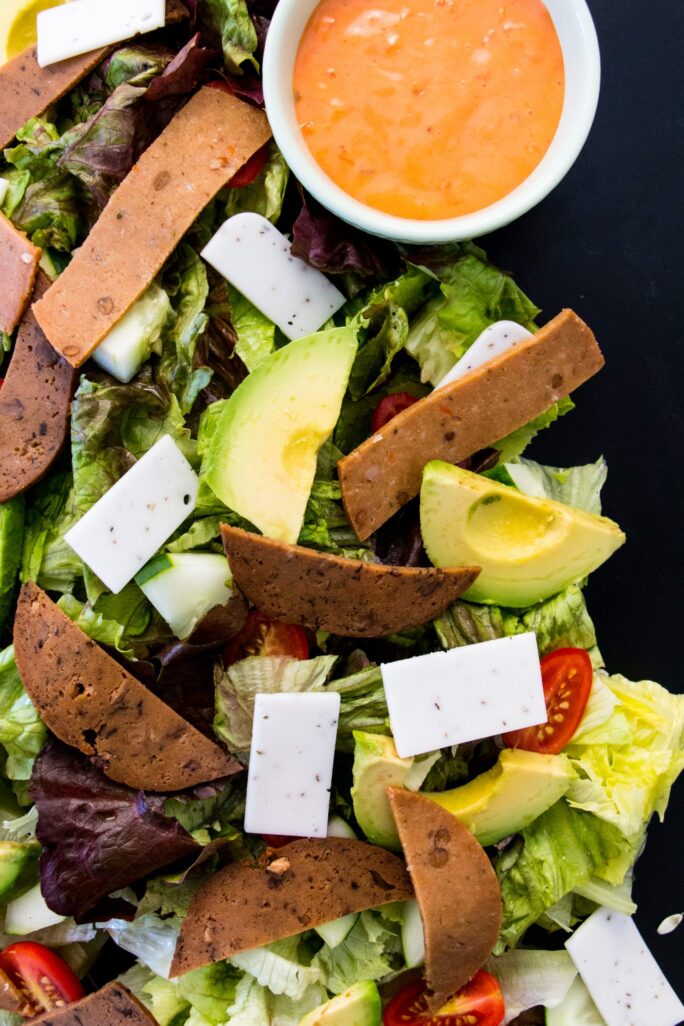 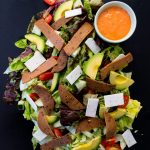