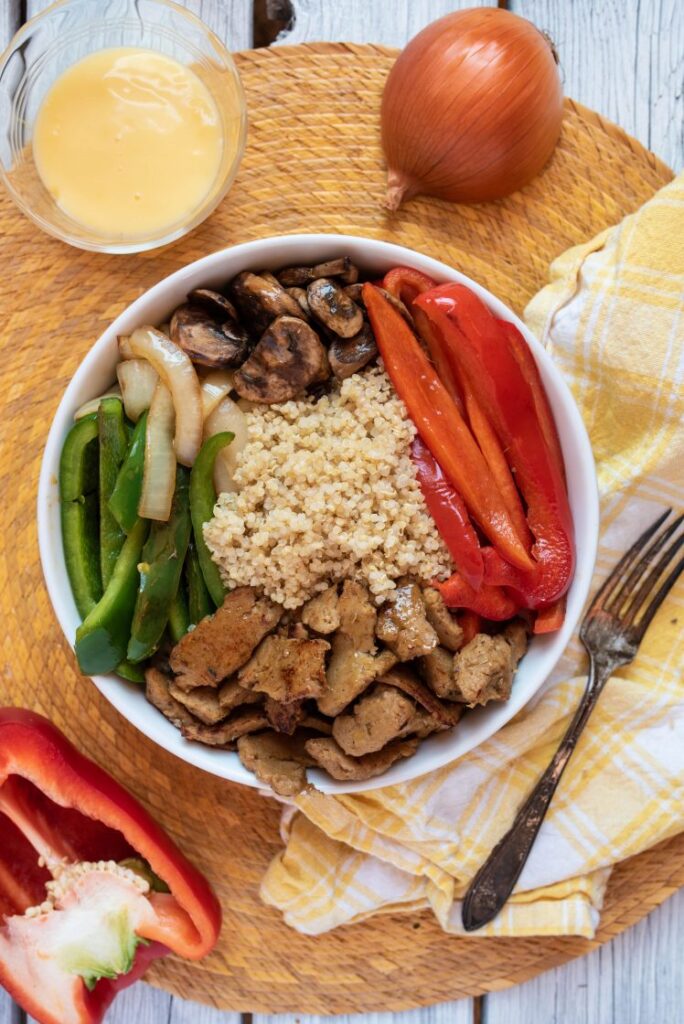 It seems like this website has become a bit of a travelogue lately, and I’m totally OK with that. I’m writing this post from Fort Myers, Florida, where I’ve spent the past few days taking a break from everything—especially the chilly northeastern weather—and recharging. It’s been fantastic.

But unlike my recent post for Migas Breakfast Tacos, which were directly inspired by my trip to Austin, Texas, this one come from a little closer to home. Philadelphia, to be exact.

Growing up near the City of Brotherly Love, cheesesteaks were kind of the official food. Since turning vegan seven years ago, though, I haven’t had one. That’s why I try to post recipes that are a nod to this local favorite (see: Philly Cheesesteak Mac ‘n’ Cheese); so I can still enjoy it but in a compassionate way.

This recipe is a Philly Cheesesteak Bowl, which incorporates all the fine ingredients of the sandwich, but over a bed of quinoa instead of on a roll. And of course there’s no meat; there’s seitan, grilled up and seasoned with oregano and paprika. Add some melted Provolone (I used Daiya Foods slices) and you’d think you were down on South Street!

The Philly Cheesesteak Bowl is really easy to make and way healthier than what you’d get at Pat’s or Gino’s. So give it a try and let me know how it goes by tagging @nutfreevegan on social media. 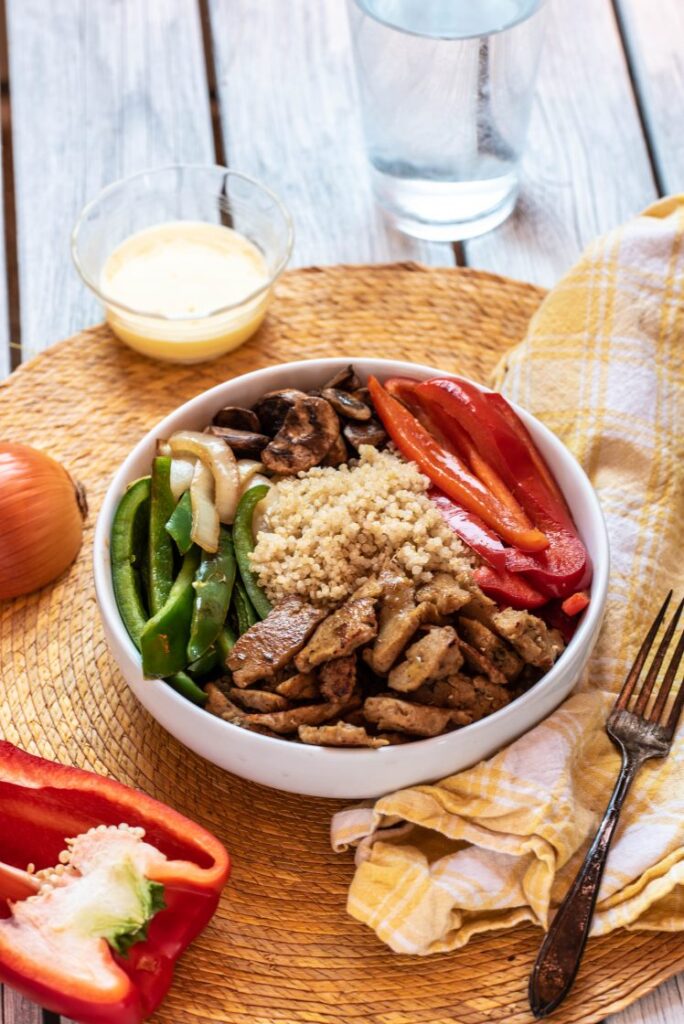 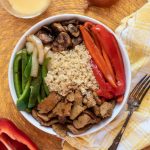 You can also microwave the provolone and water for 25 seconds and then stir.