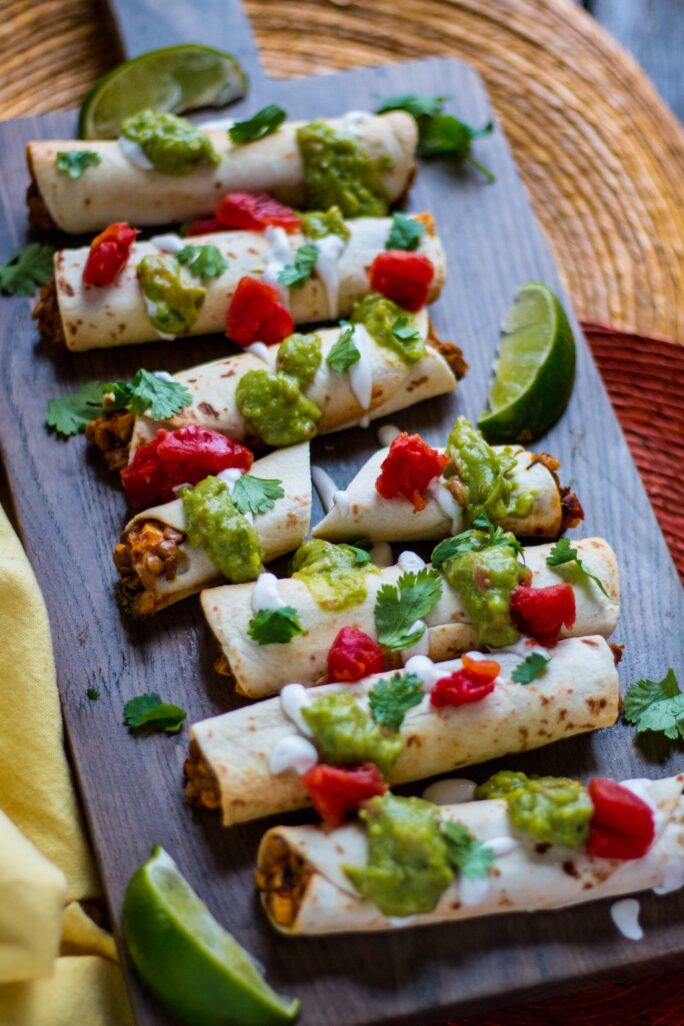 For the past few weeks I’ve been avoiding store-bought fake-meat proteins in my recipes. Looking back over the site it seems like I wasn’t incorporating much protein at all, but it’s been on my mind to come up with some new dishes that include alternate sources, things like tofu, quinoa and lentils. Coincidentally, my Root Beer Barbecue Seitan “Wings” are featured in the latest issue of Vegan Food and Living magazine, which is all about mock meats. But in my kitchen I’m focusing on these other things. 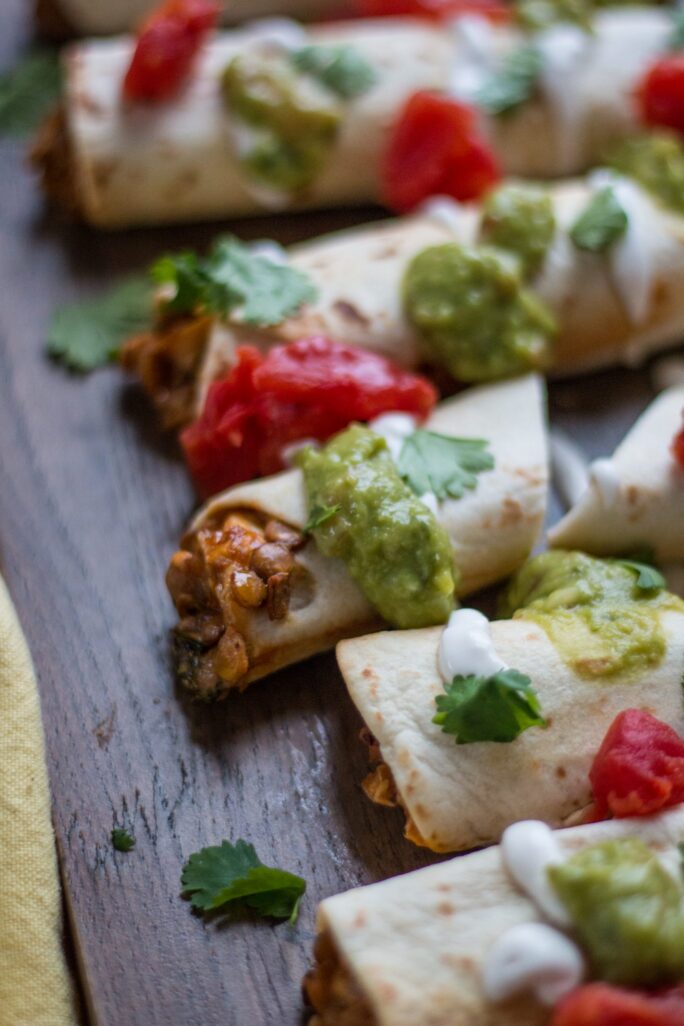 This recipe, for example, is built around lentils, which boast nearly 20 grams of protein per cup. I’ve had taquitos floating around in my brain for a few months now, and I just couldn’t figure out what I wanted to fill them with. Then lentils came to mind, and I was off to the races.

These taquitos are awesome. They’re on the spicy side because I incorporated some chipotle peppers, and they’re also not quite as caloric as the traditional Mexican version because they’re baked instead of fried. Both things make them super tasty. 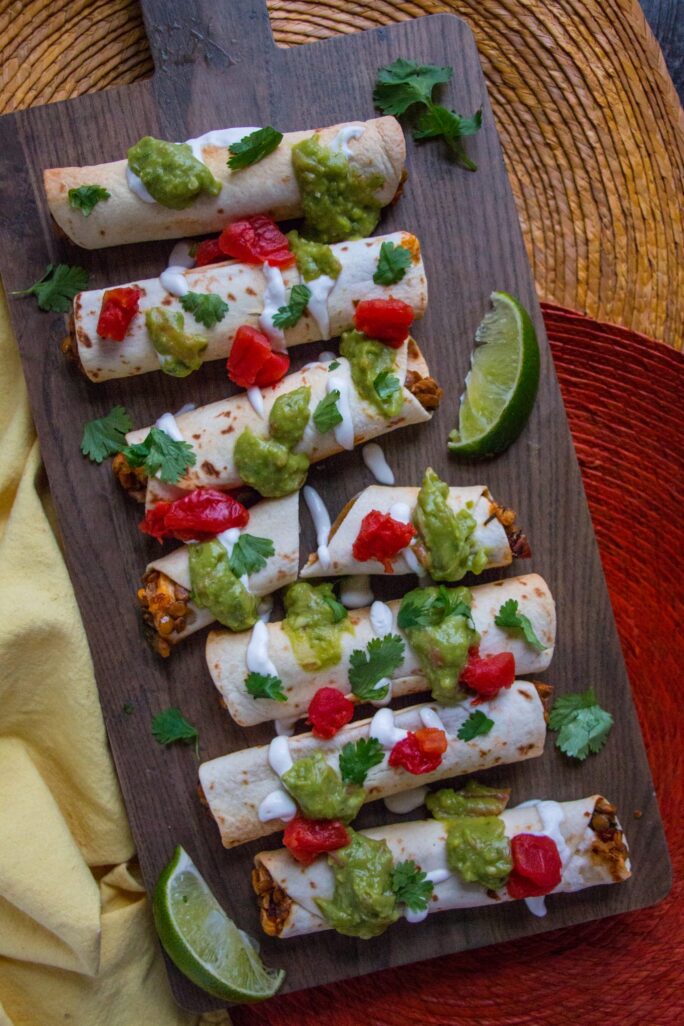 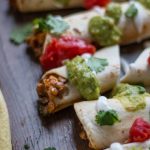